Madrid, a well-known tourist spot known for its nightlife and art galleries, is filled with amazing unknown facts! Here are the 15 facts you did not know about Madrid. 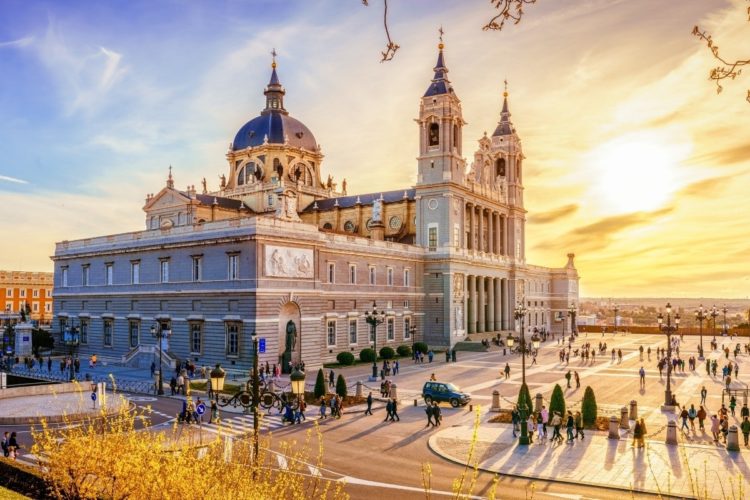 A beautiful and friendly city located at the heart of Spain that is also its capital, Madrid is easily one of the best places to visit.

It is a famous holiday city and many of the celebrities even shifted to the capital city because the relaxing and pleasant life of Madrid is really hard to resist.

So, here are the 15 facts about Madrid that you didn’t know about!

1. The Vault of the Bank of Spain actually fills with water once someone breaks into it.

For all the La Casa De Papel, aka Money Heist fans, the makers did not fool you. If someone ever breaks into the Bank, the vault will automatically fill with water.

It is said that the vault is located 35 meters below the Cibeles Fountain in the center of Madrid.

2. The oldest restaurant in the world is located in Madrid

According to the Guinness Book of World Records, Sobrino de Botín is the oldest working restaurant worldwide and it is located in Madrid.

Established in 1725, it is in Calle Cuchilleros. The restaurant is also famous for its exquisite cuisines and has won several awards over the years.

3. Parts of the Berlin Wall are still on display.

Parts of the famous Berlin Wall can be found in the northeastern corner of Parque de Berlin.

Another segment is located in Parque Europa. The segments attract a large number of visitors every year.

4. Madrid is the second biggest city in the European Union

When London was a part of the EU, Madrid occupied the third spot. But with London’s departure, Madrid is now the second biggest city in the European Union, exceeded only by Berlin, the capital of Germany.

Currently, it has a population of 3,348,536 or roughly 3.4 billion. Another interesting fact is that the city has populated areas in the center as well as the outskirts.

It is hard to believe the fact that the capital city of Spain is also a part of the 17 autonomous states.

6. It is the sunniest city in Europe

If you are looking for a vacation spot where you can lie in the sun for a nice tan– Madrid is the right option for you.

It has an average sunshine rate of 250 days per year– making it the sunniest city in Europe. The city hardly notices any clouds, so if you like cloudy weather, Madrid may not be your ideal destination.

7. And Madrid is also the highest capital city in Europe.

Sitting on a 635-meter-high plateau, Madrid claims to be the highest capital city in Europe.

It has a higher elevation than most of the major cities, and tourists will have a hard time adjusting in the winter season with the extraordinarily high altitude. The air is going to be really dry, so you will not experience any humidity.

8. Madrid is an ancient city

The land that is now the city of Madrid is said to have been inhabited by people during the Stone Age in around 860 AC. However, the actual city was founded in the ninth century.

9. The name Madrid may have Arabic origins

The ancient Arabic record contains the word “magerit” meaning a place of streams or abundant water.

However, it is an intensely debated topic among linguists that the name originated in Arab or Rome.

10. The most successful Football club is in Madrid.

According to FIFA, Real Madrid FC is the most successful club of the 20th Century.

It is a Spanish-based Football club in Madrid. It has also won the largest number of trophies in the world.

11. The tallest building in Spain is in Madrid.

Torre de Cristal, the tallest building in Spain, is located in Madrid.

12. Madrid is actually the Heart of Spain.

Geographically, Madrid is located in the center of Spain. The Puerta del Sol (Gate of the Sun) is a public square that is placed right in the middle of the country.

It is also the financial center of the country and truly the most important region as well. If you visit Spain without going to Madrid, it will for sure feel incomplete.

13. It is also one of the greenest cities in the world

A look at Madrid will not have you believe that the city is famous for its greenery.

With 300,000 trees and 6400 hectares of green area, it’s the second most sustainable city after Tokyo.

It is also home to more trees and greenery than any other European city.

If you want to go to Spain and simultaneously visit Disneyland—Madrid has a solution for you. The Warner Bros Movie World is located in Madrid and you will have a similar experience as in Disneyland.

It is open for nearly 11 months, from March to January, and has 5 theme regions—Old West Territory, Hollywood, DC Super Heroes, Cartoon Village, and Warner Bros Studio.

This is certainly an odd as well as a fun fact about Madrid. A place in Madrid has a statue that depicts the devil. Or, to put it more correctly, it depicts ‘Lucifer’ or the Fallen Angel.

The fountain itself is called the ‘Fountain of Fallen Angel’ and has gargoyles spewing water out of their mouth.

7 most scenic villages in India

Ten reasons why you need a job in hospitality