15 Things You Didn’t Know About London

London is one of the most touristy spots in the world and here are a few facts that you probably didn’t know about it. Read on to see. 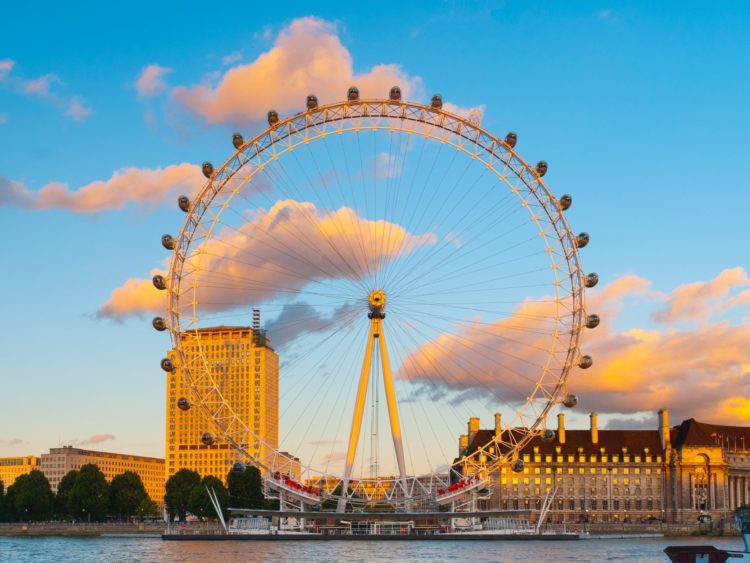 London is one of the most iconic cities in Europe, which has a rich history of memorable monarchs, incredible architecture and unique architecture.

Numerous homes in the city have been bought by the super-rich foreigners owing to the high prices of properties. London can offer a slice of the high life which many other cities cannot even match.

It also guarantees that one gets an equally big slice of impressive history to go with it. It is the city where the super-rich love to spend their hard or not so hard-earned money while on vacation.

Here are 15 things that you didn’t know about London:

1. According to the Sunday Times Rich List 2015, London has more billionaires than any other city in the world –

This population includes particularly Russian and Chinese billionaires who flock to London buying properties in the wealthiest areas, including Mayfair, Kensington and Belgravia.

Having Harrods around the corner for their groceries and no worries about the congestion charge, it’s not surprising that these foreign billionaires are bringing in their wealth and settling down in four-story townhomes.

2. You can sip Cocktails with a perfect view of one of  London’s most famous landmarks-

St. Paul’s Cathedral is one of the most iconic landmarks of London and its easily recognisable domed roof can be viewed perfectly from the Madison Rooftop Bar where sharing cocktails costs over $100 each. It really is some Instagram worthy view.

3. Henry VIII’s wine cellar is still underneath the Ministry Of Defence in Whitehall –

The Palace of Whitehall is where the kings and queens of England lived, but now it is the Ministry Of Defence’s headquarters.

However, one of the last remaining parts of the old palace is the wine cellar of King Henry VIII, on which he spent 10 million dollars in today’s money.

4. You have to drive on the wrong side of the road to get to the 5 star Savoy Hotel’s door –

While the rest of London drives on the right side, this is the only street that allows so.

Making it the most expensive palace in the UK that year. The mansion, which includes a spa, a leisure complex and a ballroom, is spread in 21 thousand square feet and was built in 1736.

6. Kensington and Chelsea become the first to stop the wealthy property owners from building ‘iceberg homes’ –

For the lack of enough room space in comparison to other fancy cities, billionaires have started building mega basements, which has started to make the ground unstable around them.

7. At the Four Seasons, you can have a massage in a ‘Relaxation Pod’ with a view of Hyde Park –

8. The Royal in the Lanesborough Hotel is the most expensive Hotel Suite in the city –

It costs nearly 27,000 Lindsay a night which is nearly equivalent to the average yearly salary in the UK.

The suit overlooking Buckingham Palace has a dining room for 12 people, access to a butler and allows the usage of the hotel’s Rolls-Royce Phantom free of charge.

9. The only person allowed to touch the Crown Jewels, besides the monarch, is the crown jeweller –

The crown jeweller is responsible for maintaining and securing the Crown Jewels.

The vast collection of jewels includes jewellery worn by Henry V at the Battle of Agincourt, the St. Edward’s crown encrusted with 444 precious gems and many other crowns.

11. The Queen’s actually a tenant in Buckingham Palace and Windsor Castle –

These palaces technically belong to the state. The queen has four homes but is the owner of only two of them: Down Laurel in Scotland and Sandringham House in Norfolk.

12. The world’s most expensive cocktail is available at Gigi’s in Mayfair –

For $11,000, one can get a cocktail at the Gigi’s, which was originally made for Grace Jones and is now the most expensive in the world.

Costing them a fortune; the buzz around the event made the city much more revenue for the nation.

14. You can buy the most expensive perfume in the world from Harrods-

Harrods is one of the most famous and iconic department stores globally known for its luxury.

For 174 thousand dollars, one can buy one of a kind scent created by parfumerie Clive Christian.

15. Ukrainian born Businessman Len Blavatnik is the richest man in the UK –

With a worth of nearly $16.9 billion; he owns a grade 2 listed mansion in Kensington Palace Garden, the most expensive street in Britain.

10 Best Adventure Vacations Ideas in The US