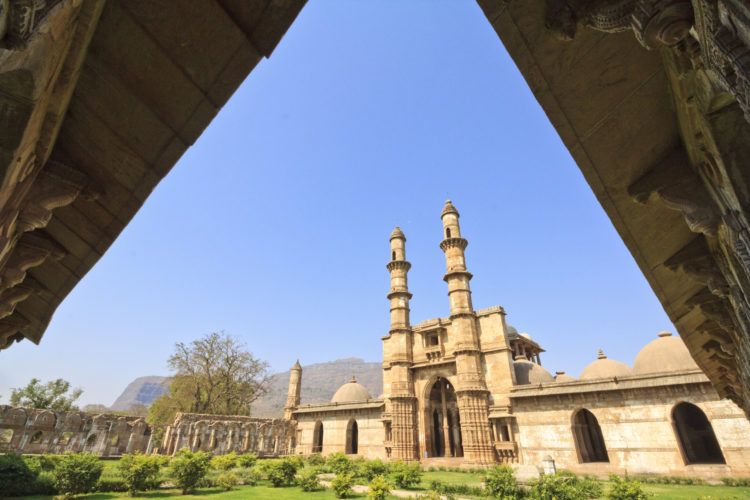 These monuments display our long and rich history and culture. While some of these sites are famous across the world like the Taj Mahal of Agra or Forts of Jaipur, there are a lot of architectural and natural marvels that do not get the attention they deserve and go unnoticed.

Here we will talk about 5 such heritage sites that are amazing yet not known by quite a few people.

Goa greets a lot of tourists every year, both Indian and foreigners. But most of them are here for the beaches and the nightlife of the place and the Convents and Churches of Goa go unnoticed.

The Basilica of Bom Jesus Church in Bainguinim, Goa is one of a kind in India and is known for its exemplary baroque architecture. The church was built in 1594 and consecrated in 1605. Translating to ‘Holy Jesus’, this church has a marble mosaic on the inside while still unplastered on the outside. It is one of the oldest churches in India.

The lovely architectural marvel is made up of porous volcanic stones that remain 5 to 6 degrees cooler than the outside atmosphere, making it less susceptible to heat. This is a true piece of genius and is one of the most unexplored historical places in India that one must witness once in a lifetime.

The rock shelters of Bhimbetka are an archaeological site, exhibiting the earliest traces of human life on the Indian subcontinent, and the beginning of the South Asian Stone Age. It was declared a World Heritage Site in 2003.

These gigantic natural caves located in central India are situated in the Vindhya Mountain Range. The unique wall paintings on the caves can be traced back to the prehistoric Paleolithic and Mesolithic periods. The area has 75o rock shelters and is spread across an area of 10 kilometers.

The archeological park of Champaner was built by the Mughal ruler, Mahmud Begda in the 10th century and is the oldest piece of architecture in Champaner.

This park has been preserved for more than 1000 years. You can see the structured influence of various cultures and religions which showcases a beautiful blend of all the rich religions in India.

Among the several historic Hindu and Jain temples here, the famous Lakulish Temple in the Mauliya plateau is the earliest religious site.

Situated on the northeastern corner of Puri, Orissa, the Konark Sun Temple was constructed in the 13 century.

The temple was built in the form of a giant ‘ratha’ or chariot of the Sun God; it depicts the chariot being pulled by a set of seven horses. The three sides of the temples have three deities dedicated to the Sun God.

The Europeans when they first came called this ‘Black Pagoda’ because its tallest tower appears black. It is a masterpiece of Kalingan architecture.