Located adjacent to Kevadiya in Gujarat's Narmada district, the 'Statue of Unity' is the world's tallest statue and is a tribute to Sardar Vallabhbhai Patel. 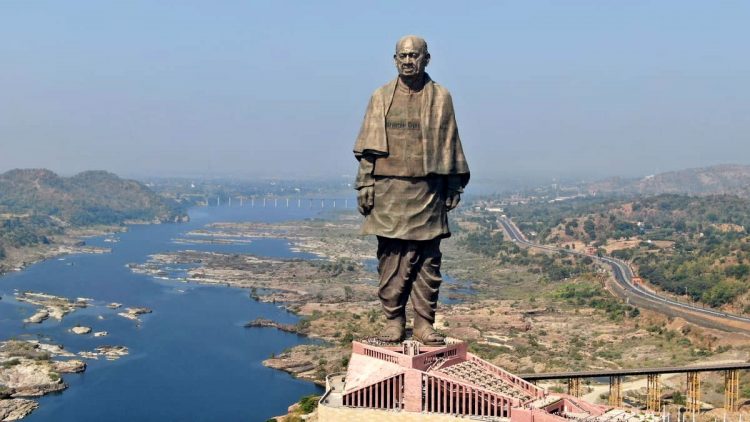 THoD Newsdesk, New Delhi: On Sunday, the PM of India flagged off 8 trains linking different areas of the country to Gujarat’s Kevadiya. This was undertaken with an aim to allow seamless connectivity to the Statue of Unity in the state. Gujarat’s CM and the Union Railways Minister, were also in attendance on the occasion.

Located adjacent to Kevadiya in Gujarat’s Narmada district, the ‘Statue of Unity’ is the world’s tallest statue and is a tribute to Sardar Vallabhbhai Patel. The statue was inaugurated back in October 2018 by the Prime Minister himself, at the event of Patel’s 143rd birth anniversary.

At the event, PM Modi stated that this facility will assist in making the lives of the tribal community of Kevadiya, much better. “This connectivity will be beneficial for tourists coming to see the Statue of Unity but it will also help in changing the lives of the tribal community of Kevadiya. It will bring new opportunities for job and self-employment”, he was quoted saying. Modi further added that one of the trains flagged off for Kevadia yesterday, originated at Puratchi Thalaivar Dr MG Ramachandran Central Railway Station. Coincidentally, it was also the birth anniversary of MGR on January 17.

As per the statement of the railway ministry, the Ahmedabad-Kevadiya Jan Shatabdi Express has been provided with a “vista-dome tourist coach”. which bestows the travellers with a panoramic view of the skyline. The Prime Minister also launched the Dabhoi-Chandod broad gauge railway line, Chandod-Kevadiya new broad gauge railway line, newly electrified Pratapnagar- Kevadiya section and the new station buildings of Dabhoi, Chandod and Kevadiya.

Further, Kevadiya station has been tagged as India’s first railway station with a Green Building Certification and it is being expected that these projects will boost development and tourism in the region.

Manipur plans to preserve the historic Koirengei in Imphal, to develop war tourism