Under the banner of the newly crafted regualtions, travellers arriving from the Falklands, St Helena and Ascension Islands are exempt from this rule. 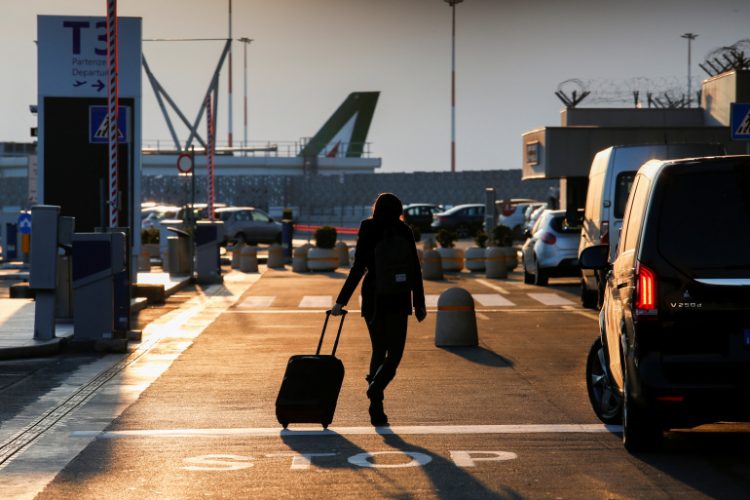 A passenger walks at Fiumicino airport after the Italian government announced all flights to and from the UK will be suspended over fears of a new strain of the coronavirus, amid the spread of the coronavirus disease (COVID-19), in Rome, Italy, December 20, 2020. REUTERS/Remo Casilli

THoD Newsdesk, UK: Travellers arriving in the UK, be it via any mode of transport, have to present a negative RT-PCR test certificate, to be allowed entry. As per the guidelines, the test must be taken within 72 hours before travelling and anyone arriving without one, will have to shell out a fee £500. All passengers will still be required to quarantine for up to 10 days and the self-isolation phase can be cut short with a negative test after five days in England, but it does not apply in Scotland, Wales or Northern Ireland. The government has also stated that travel corridor closure will be in force until at least 15 February.

Under the banner of the newly crafted regualtions, travellers arriving from the Falklands, St Helena and Ascension Islands are exempt from this rule. It is also to be noted that those arriving from a few particular Caribbean islands, will be excused as well too but only until 04:00 GMT on Thursday, 21 January.

As per the Foreign Secretary’s statement to the BBC, on Sunday, Public Health England would be stepping up checks on travellers who must self-isolate. He mentioned that enforcement checks at borders would also be “ramped up” and added that asking all arrivals to quarantine in hotels was a “potential measure” the government was keeping under review.

On Monday, passengers arriving into London’s Heathrow airport said that they had to suffer “substantial” queues at passport control and “poor social distancing” measures, made the premises unsafe.

The government has further proclaimed that a financial support scheme for airports in England would open up this month in response to the new travel restrictions. Aviation Minister Robert Courts, stated that the aim was to provide grants of up to £8m per applicant by the end of this financial year. The scheme was first announced in November but without any fixed date for its implemention.

Vistara signs air bubble pact with the UAE; daily services flagged off from Delhi to Sharjah