The Director of Tourism, Kashmir, Nisar Wani stated that starting from Christmas, the arrival of tourists has surged in the Valley considerably. 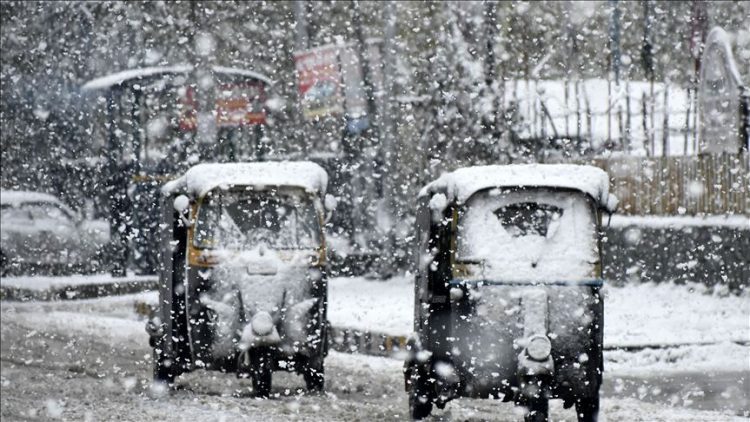 THoD Newsdesk, Kashmir: Along with reduced cases of the novel coronavirus, Kashmir has been simultaneously draped in snow, which has pulled in tourists from all over the country. The later phase of December and the start of January, have seen footfalls in large numbers after a dry long spell.

The Director of Tourism, Kashmir, Nisar Wani stated that starting from Christmas, the arrival of tourists has surged in the Valley considerably. He even added that although the pandemic is still in place, people are confident about travelling and since there are hopes of vaccination in the near future, the numbers might just increase further. Wani also mentioned that around 20-30 tourists would arrive per day back in July, 2020 but now, there have been over 1,000 visitors every day since December 25, 2020.

The influx of tourists, however, fell flat abruptly after road and air traffic was halted from Sunday due to heavy snowfall. South Kashmir higher reaches received snowfall of 2-3 feet, officials said while adding that other nearby parts including Shopian received 1 to 1.5 feet of fresh snowfall.

The Meteorological Department had predicted “heavy to very heavy” snowfall on Monday and Tuesday, while also issuing an avalanche warning for the Valley higher reaches. Reportedly, the ski-resort, Gulmarg, in Baramulla recorded more than a feet deep snowfall. Given the situation, all routine flights at the Srinagar International Airport on Sunday were cancelled.

As per local news, the snowy and slippery roads caused major inconvenience to commuters, who complained that snow clearance in many places was either slow or not in motion. However, officials said 211 snow clearance vehicles were pressed into service from roads in Srinagar and all inter-district routes and towns of the Valley.

The MeT has additionally issued an alert for landslides in hilly areas while the Disaster Management Authority has signalled a medium-level avalanche warning for upper reaches of Poonch and Kishtwar. A low-level avalanche warning has been placed as well, for several other higher reaches in the area. The accumulation of snow and landslides had led to the suspension of activities for quite some time.

In a conversation with Greater Kashmir, SSP Traffic (National Highway) Jitendra Singh Johar stated, “More than 500 light motor vehicles are stranded at various places especially in the Ramban to Banihal stretch. 200 to 300 heavy vehicles travelling from Srinagar to Jammu are also stuck on the highway”

Amazon to give out $2 billion for affordable housing in 3 US cities, for its workers

India in talks with Sri Lanka regarding sectors of mutual cooperation