A survey conducted by Noesis Capital Advisors, during the lockdown stated that 73% of customers were looking for a safe and hygienic environment for their next vacation. 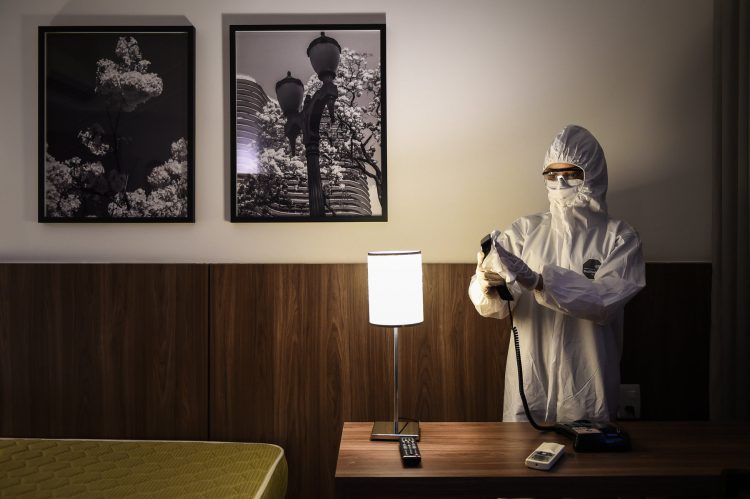 THoD Newsdesk, New Delhi: The ongoing pandemic has unleashed a major blow on India’s hospitality industry, which in turn noted one of the lowest-performing years during the present fiscal of the decade. As per a report titled “Indian Hotels Performance H12020-2021” by Noesis Capital Advisors and Ngage Hospitality, the hotels in the country are likely to reach 2019 occupancy levels by the end of fourth-quarter of fiscal 2021.

This report also states that the rooms rates will need some more time to match up to the rates of 2019, as competition amidst the branded hotels is all set to surge. More independent hotel owners and operators will be resorting to branded chains for operations of their properties.

The report stated, “We may witness many brownfield conversions across major cities of India as independent hotel owners have also realized the importance of tying up with a branded chain and the share of branded chains is set to increase from 16% in the pre-Covid era to 20-22% in the medium term.”

As per the findings, demand for staycations and weekend getaways is expected to rise a good deal over the next two quarters, with the work-from-home system in place and room demand across leisure destinations is expected to gain a foothold again.

“The leisure destinations will not only cater to the rising demand from travellers but social events and weddings are also expected to gain pace across these destinations. People who hosted events at standalone banquet spaces will also shift to branded hotels to cater their needs,” the report stated.

These events with restricted guests are expected to move to destinations which will provide for proper safety and hygiene standards. As per the report, shutting down international borders and imposing restrictions to travel within the country following the Covid 19 pandemic is expected to lead a blow of $9 billion to $12 billion to the Indian tourism industry.

Further, the report alludes that with overall one million rooms of which 16% are organized, the average occupancy for India’s hotels in 2019 was 65%. However, with the lockdown in action, restriction on weddings and the MICE business shifting online, the demand saw a 50% decline over 2019. With the issued relaxations pertaining to the lockdown in India, the demand is again expected to start picking up in the next two to three quarters.