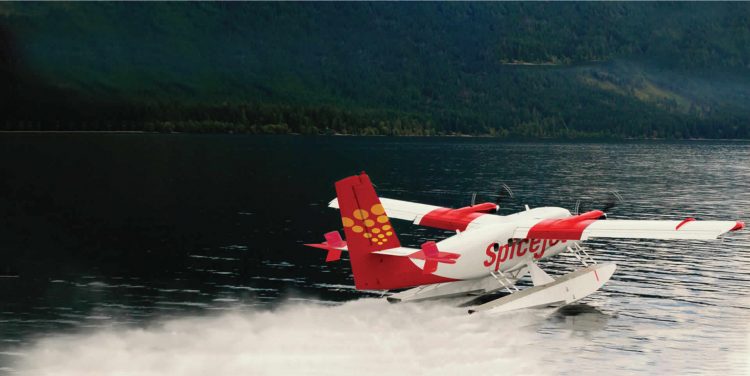 THoD Newsdesk, Ahmedabad: The seaplane service between Ahmedabad and Kevadiya in Narmada district, Gujarat, was halted on Saturday for around two weeks for maintenance purposes, as per its operator, SpiceJet’s statement. The 19-seater seaplane (Twin Otter 300 seaplane) which operates under the banner of Spice Shuttle, has been sent to the Maldives and the operation will start once it is brought back.

The service was suspended less than a month after it was inaugurated by India’s Prime Minister, on October 31, to honour the birth anniversary of Sardar Vallabhbhai Patel.

Taking to Twitter, the company said, “Seaplane operations have been temporarily suspended due to mandatory aircraft maintenance. Since the maintenance facility (dry and wet dock) is still under construction at Ahmedabad; we have to send the aircraft to our lessor’s facility in the Maldives. We will resume operations in about 15 days’ time, once the aircraft is back. Such prolong suspension will be avoided in the future as the maintenance facility (dry and wet docks) at Ahmedabad will be ready during this period.” The official statement also mentioned “As the maintenance was pre-planned, we didn’t take any bookings beyond November 27,” said the statement

SpiceJet has secured 18 seaplane routes under the central government’s UDAN scheme and it has already held trials in Nagpur, Guwahati, and Mumbai’s Girgaum Chowpatty. This economical carrier operates two daily seaplane flights between Sabarmati riverfront in Ahmedabad and the Statue of Unity at Kevadiya in the state.