149 factories pan-India have crushed 54.61 lakh tonne of sugarcane this season

Although Maharashtra has faced severe lashes of rains during the initial phase of October, the state is as yet leading in the league of crushing sugarcane in the current season. 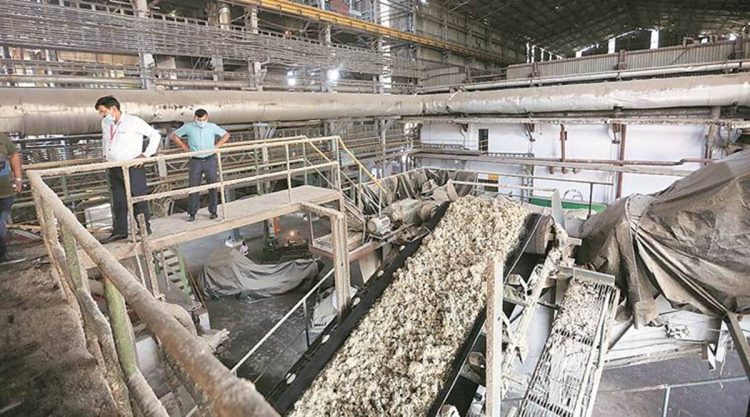 THoD Newsdesk, New Delhi: The sugarcane crushing season has taken over and as many as 149 sugar factories pan-India, have crushed 54.61 lakh tonnes of sugarcane, as of November 5. This process has generated 4.25 lakh tonnes of sugar and this year, the yield is 3.20 lakh tonnes more than last year’s production during the same period.

The previous year, an overall of 39 sugar factories had commenced their operations by this date and had procured 12.86 lakh tonnes of cane and 1.05 lakh tonnes of sugar. The average sugar recovery at the national level has been pegged at 7.82% (as on November 5 2020 ) which is 0.38% less than last year.

Although Maharashtra has faced severe lashes of rains during the initial phase of October, the state is as yet leading in the league of crushing sugarcane in the current season. As of now, 61 factories have produced 1.65 lakh tonnes of new sugar by crushing 23.57 lakh tonnes of sugarcane with an average of 7% sugar recovery. Keeping the estimated volume of sugar diversion for ethanol in mind, by the conclusion of the season, Maharashtra’s net sugar production is expected to be marked at 95 lakh tonnes. This would boast of an increase of 33.30 lakh tonnes, over the tally of 61.71 lakh tonne, earned last year.

Karnataka is second to Maharashtra, with 18 mills having crushed 15.61 lakh tonnes of cane with an average of 8.65% sugar recovery, which has further produced 1.35 lakh tonnes of new sugar. At the end of this season, itis being estimated that 43 lakh tonnes of sugar will be generated by the state. New sugar production will probably be standing at 8 lakh tonnes more than last year’s yield of 35 lakh tonnes.

13 mills in Gujarat have started and crushed 2 lakh tonnes of cane to produce 10,000 tonnes of new sugar at an average recovery of 5%. The end-season estimate of sugar production from Gujarat would approximately be 10 lakh tonnes, in contrast to last year’s production of 9.30 lakh tonnes.

4 mills in Tamil Nadu have started their operations pertaining to the crushing season and as of now, the state has crushed 4 lakh tonnes of cane. TN has also produced 35,000-tonne of new sugar at an average recovery rate of 8.7%. By the end of the season, TN’s estimated sugar production would be 7 lakh tonnes.

Prakash Naiknavare, MD, National Federation of Co-operative Sugar Factories, was quoted saying, “At the start of the season, with an opening stock of 107.18 lakh tonne and the addition of 311 lakh tonne new sugar, the total availability during the current season goes up to a record 418.18 lakh tonne. Although 260 lakh tonne of sugar out of it can be used for domestic purposes, at least 50 to 60 lakh tonne sugar needs to be exported. And the National Federation of Co-operative Sugar Factories (NFSF) has taken up the matter with the concerned ministry. Union Minister for Food and Public Distribution Piyush Goyal will be holding an important interactive session with the captains of the sugar industry next week to discuss the key issues facing the industry. This will help the government in taking certain positive measures.”

Set to be one of the largest stock market listings of 2020, Airbnb to make its IPO filing public