Ukraine is a beautiful country in Eastern Europe. It is the biggest European state and shares it borders with Russia, Belarus, Poland, Slovakia and Hungary. 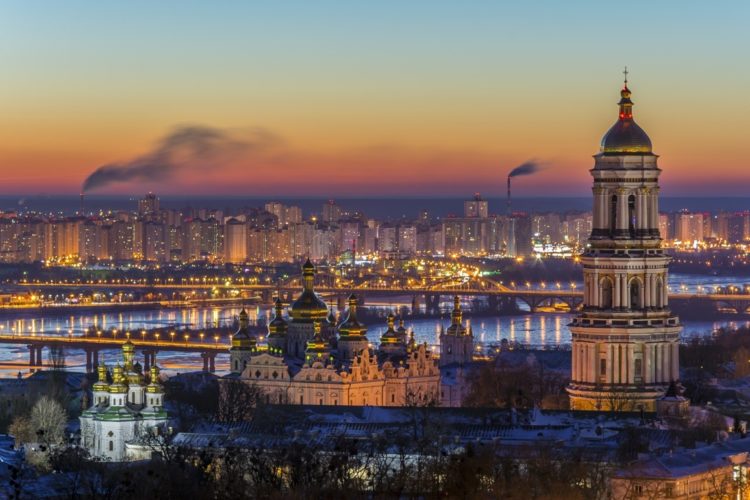 A lot of people would have heard about the country but probably not in the best of context.

The people of Ukraine have always been determined fighters for their rights and freedom.

The country is the eighth-most populated country in Europe with a population of 41.4 million. So here are 7 interesting facts about Ukraine that’ll leave you amazed.

Ukraine was once the possessor of the largest nuclear arsenal in the world. Prior to 1991, Ukraine was part of the Soviet Union so parts of the USSR’s nuclear weapons were held in Ukraine.

Nut things changed overnight when Ukrainians voted for an independent country and soon they were holding weapons of mass destruction including 130 intercontinental ballistic missiles with six warheads each as well as 33 heavy bombers.

But the country had to give up its nukes in order to receive perpetual guarantees of sovereignty and territorial integrity.

2. It has the deepest metro station

The metro line is the city’s oldest and was inaugurated in 1960.

You are planning to board a train from Arsenelna, make sure you have enough time as the escalator would take around five to six minutes to help you reach there.

3. Tunnel of Love in Ukraine

If you have never heard about the tunnel of love, you might not have checked Instagram hashtags properly.

Tunel Kokhannya as it is called is a section of industrial railway located near Klevan, Ukraine, that links it with Orzhiv.

It is a railway surrounded by green arches and is three to five kilometers in length. It has become a symbolic location for couples because of its picturesque view.

The railway line after splitting from Orzhiv goes to an abandoned military base. Back in the cold war era, the trees were deliberately planted alongside the railway line to hide the transport of military goods.

Ukraine has got the second-largest army in Europe after Russia. The armed forces include the Ukrainian ground forces, Ukrainian navy, Ukrainian air force, and Ukrainian airmobile forces.

It was because of their ongoing hostilities with their neighbors Russia that made Ukraine increase their army personnel.

However, it was only in June 2016 that women were allowed to serve in the combat units of the armed forces. Also, Ukrainian forces are said to be hugely underfunded and hardly ready for a fight.

5. You can find ghost towns there

There is one thing, though extremely unfortunate, that Ukraine is definitely remembered for, the Chernobyl Nuclear Reactor disaster.

In 1986 immediately after the tragic accident the USSR officially designed an exclusion zone surrounding the area.

Situated in northern Ukraine, the area covered around 2600 sq. km is still subjected to restrictions. It includes a number of abandoned towns, one of which is Pripyat.

However aerial tours of the towns and the site of the nuclear reactor are available at the risk of travelers.

Ukrainians protested to manifest their support for the European Union. was a wave of demonstrations and civil unrest in Ukraine, which began in 2013 with public protests in Kyiv.

The protests were sparked by the Ukrainian government’s decision to suspend the signing of an association agreement with the European Union, instead choosing closer ties to Russia and the Eurasian Economic Union.

The protests widened over time with the demand for the resignation of President Yanukovych.

Even now from time to time people hold pro-EU protests as the majority of the population are fond of European values.

7. Ukraine built the largest airplane ever

The world’s biggest plane was built in Kyiv in 1988 and its name is Antonov An-225 Mriya. It has the largest wingspan on any aircraft at 88.4 meters.

It is the heaviest aircraft that is ever built. It weighs around 640 tons and is powered by six turbofans.

After the first Antonov An-225 was built, the manufacturing of civil aircraft was halted in 1994 because of a lack of funding and interest.

In 2016, Antonov agreed to complete the second airframe for Airspace Industry Corporation of China as a prelude to commencing series production.

Top 5 Most Profitable Airlines In The World

Rishikesh: The Hub Of Adventure Sports In India