Tejas Express is the first corporately owned railway services in the nation. 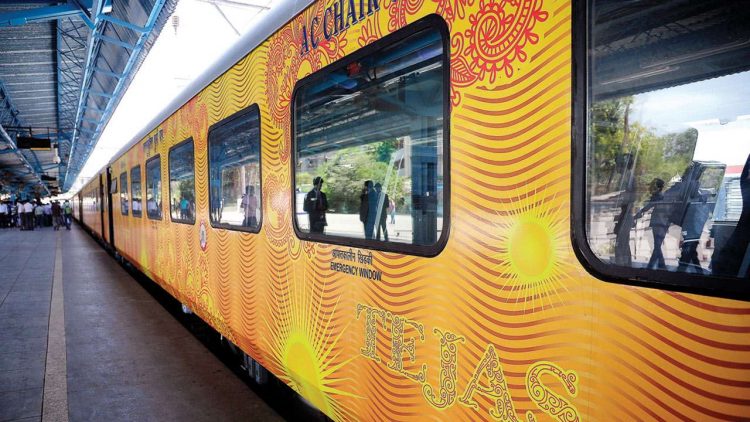 THoD Newsdesk, New Delhi: Under the private ownership of the Indian Railway Catering And Tourism Corporation Limited (IRCTC), Tejas Express which operates on Lucknow-Delhi as well as Mumbai-Ahmedabad routes, stands cancelled amid low occupancy rates. The IRCTC has announced, “The management has decided to cancel all departures of IRCTC Tejas trains due to low occupancy levels resulting from coronavirus pandemic.” Tejas Express is the first corporately owned railway services in the nation.

The officials further mentioned that the services on these two routes will be restarted, after an occupancy review of other trains running on these tracks. The occupancy level has come down to 40%, in contrast to the trains’ tenancy range of 50%-80%, prior to the pandemic era.

The Lucknow-Delhi-Lucknow Tejas Express was launched on October 4, 2019, and the Ahmedabad-Mumbai-Ahmedabad one, on January 19, 2020. But both the trains had been barred from passenger service since March 19, 2020, to curtail the spread of the coronavirus. However, after about 7 months of prohibition, Mumbai-Ahmedabad Tejas kick-started operations from October 17 with multiple precautionary measures in place but the service on the Lucknow-Delhi route, still remained stagnant. The third venture of the IRCTC, the Kashi Mahakal Express which runs between Indore and Varanasi, will also not resume its functions as of now.

As per safety protocols, the IRCTC has been thermally screening all the passengers before they’re on board and the authorities are practising other measures to ensure social distancing during train journeys.

IndiGo resumes over 650 weekly flights to & from Uttar Pradesh