Odisha Tourism Trade Bill 2020 in the drafting stage; police forces to be assigned at tourist spots

Last month, the tourism department had also launched ‘Odisha by Road’ campaign, which allowed the tourists to explore the state’s tourist circuit through its roads. 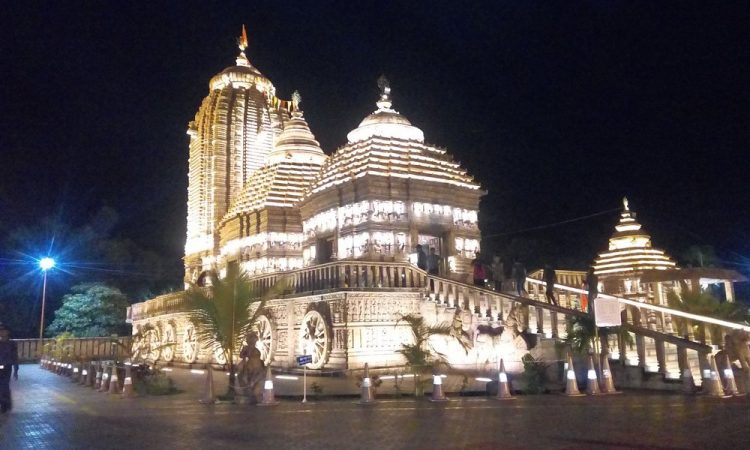 ThD NewsDesk, Odisha: Odisha government is at the stage of filing a new bill that would make registration of hotels, travel agents and tour operators, homestay operators and roadside dhabas mandatory; much like the new tourism policy of Goa. According to reports by HT, these service providers might be hauled up, in case their facilities are not up to the mark.

The ‘Odisha Tourism Trade (Regulation and Facilitation) Bill, 2020’, is now in the drafting stage and has been sent to a few of the concerned departments for the final review before it is tabled in the winter session of the Assembly next month.

As per the bill rules, hotels with a minimum of seven rooms, convention centres, restaurants, bars, dhabas with a seating capacity of more than 50 guests, cruise ships, cruise boats, houseboats, tourist boats with a seating capacity of more than 10 passengers, roadside motels, PG accommodations and wayside amenities centres would have to compulsorily register as service providers. Further, recreational facilities, such as golf courses, arts & crafts village, museums, aquaria, amusement parks, water parks and theme parks, would also have to be registered as service providers with the government.

According to the proposed bill, the state government will be declaring standards and norms to ensure that the service providers stick to an acceptable level of service to visiting tourists. If anyone is found flouting the rules, they would be liable for a penalty in the form of fine and temporary suspension of operations for a minimum period of one month. If the service provider fails to comply with the service standards, they could be blacklisted and may face prosecution under the Indian Penal Code (IPC).

The draft bill states that all service providers will have to register themselves with the government within 60 days of the framing of the rules under the new Act. The service providers would be chastised if they are found fraudulently marketing or selling a product or service which is proven to be bogus or unverified. The penalty will also apply on those who are found charging a price or tariff higher than the one displayed and/or declared, charging remuneration higher than that fixed, failure in displaying prices/tariff and failure in giving cash memo/credit memo.

Refusal to accept cashless payment for services, use of misleading names and logos- for a homestay, hotel, motel, houseboat, museum- even when requisite features of such places are missing or showing incorrect star rating of a hotel or showing names or abbreviations and logos similar to reputed ones shall also call in for a penalty. They would also be penalised if they refuse admission/entry to a tourist on grounds of gender, caste, religion, nationality or ethnicity.

The drafted bill also mentions that beggars and touts will be restricted at tourist places and anyone found engaging in touting or begging would be produced before the judicial magistrate for prosecution. Furthermore, the bill has a provision of tourist police at tourist spots who would keep out touts and beggars. The tourist police would comprise specially trained personnel from Odisha state police or other suitably trained personnel of the state government.

The Department of Tourism would function as a single-window facilitator for all tourism and hospitality projects, helping all service providers obtain statutory and non-statutory licences, no-objection certificate and necessary authorisations. The Tourism Minister of Odisha, Jyoti Prakash Panigrahi, refused to comment on the draft bill, saying it would not be fair to speak about it till it is tabled in the Assembly. Hotel and Restaurants Association of Odisha president JK Mohanty also refused to comment saying he is yet to see the draft of the bill.

Last month, the tourism department had also launched ‘Odisha by Road’ campaign, which allowed the tourists to explore the state’s tourist circuit through its roads as people were less likely to travel by air or train during the pandemic. During the span of 2018-19, reportedly, more than 1.5 million domestic tourists visited Odisha while the number of foreign tourists stood at 114,000. This displayed growth of 8.75% and 10.4% respectively.

To assure us a safe holiday experience, Thomas Cook India & SOTC have teamed up with Accor