Rajasthan Government to track & reach out to British tourists, in an effort to curb mutant COVID-19 transmission 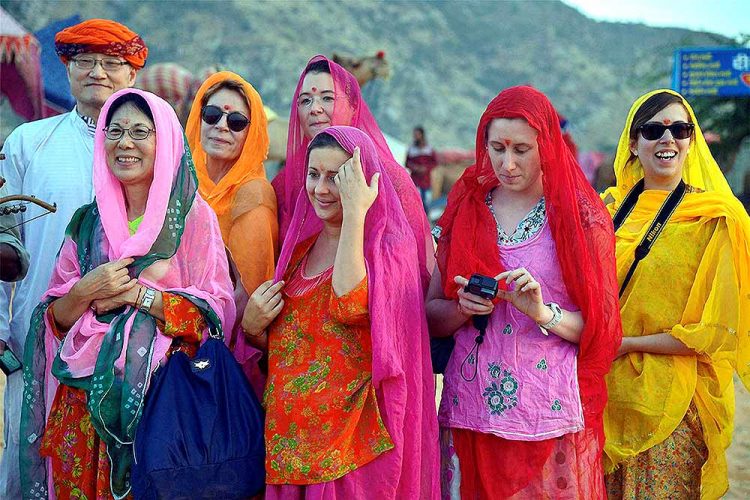 THoD Newsdesk, Rajasthan: The outbreak of a mutant strain of coronavirus in the United Kingdom, has pushed the world to the edge and it has raised an alert globally. The new strain has alerted the authorities and now, major countries, states, and cities, are undertaking precautionary measures, as per the norms. Rajasthan too is no different.

In the wake of the impending risks, the Rajasthan government authorities have decided to track and reach out to over 800 British travelers who have arrived in the state over the period of 7 days.

As per official reports, around 811 people from the UK have arrived at 28 districts of Rajasthan in the last one week, with a substantial horde frolicking to Jaipur, followed by Jodhpur, Ajmer, Alwar, Udaipur, Kota, Jhunjhunu, Ganganagar, Rajsamand and others. Healthcare officials in Rajasthan have tagged this surveillance procedure as a nightmare.

Earlier, the transmission of the contagious coronavirus was triggered by foreign tourists in the state, which is exactly why the government has been upholding stringent COVID protocols this time. All the CMHOs have been directed to formulate rapid response teams and to survey British tourists by reaching out to them at their accommodations.

Jaipur’s Chief Medical Health Officer stated, “The screening and sampling work of these UK tourists have started. We are monitoring all those who have arrived from the UK. In three-four days, we shall be able to reach out to every single tourist from the UK who entered the Pink City.”

The new variant of the virus will also be studied at Jaipur’s Sawai Man Singh Government Hospital, with genetic sequencing and testing of the spike protein. SMS Hospital has been reportedly conducting approximately 6,000 RT-PCR on a daily basis and it is currently developing this state-of-the-art study facility at its microbiology laboratory.

The Additional Director (Health) further mentioned that they have forwarded the relevant information to District Collectors and instructed them to ensure the isolation and testing of the British nationals.
“The department is on its toes and there is no need to panic,” the CMHO added.