To arrest transmission rates of the new COVID-19 strain, more than 40 countries ban travel from the UK

Paris and London are currently discussing the possibilities of testing at ports to reopen the border, as claimed by the British Home Secretary, Priti Patel. 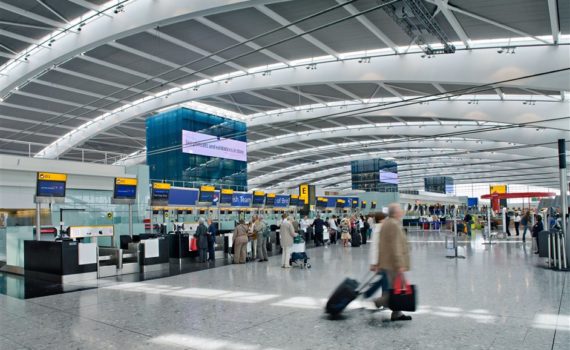 THoD Newsdesk, United Kingdom: In an instant effort to curb the transmission of the new strain of COVID-19 found in the UK, more than 40 countries have halted their travel from Britain.

France has suspended all travel from Britain for 48 hours, including the transportation of goods by road, air, sea or rail and Germany is extending a ban on all arrivals from the UK and South Africa, where reportedly the new strain has been spotted. Even Ireland, Norway, Sweden and Denmark are following the 48-hour ban protocol.

Paris and London are currently discussing the possibilities of testing at ports to reopen the border, as claimed by the British Home Secretary, Priti Patel. Spain and Portugal too, have already suspended their flights but Madrid is permitting its citizens to enter from Britain.

India has suspended all flights to the UK till the 31st of December and anyone arriving from Britain on transit flights, will have to be tested for the coronavirus. Even Poland and Hong Kong have joined this league and both have banned all incoming UK flights. Passengers who have arrived at HK in the last fortnight will have to go through a period of extended quarantine.

Passenger flights from the UK to the Netherlands, have also been banned until January 1, as a single case of the new strain has been found in the country. Italy on the other hand, has banned flights from the UK and prohibited entry of people who have stayed there during the last 2 weeks. Moscow too, is suspending UK flights for a week. Finland and Austria have also suspended the UK flights for the next two weeks and Switzerland has ordered travellers to be under strict quarantine.

Baltic nations Estonia, Latvia and Lithuania, as well as Hungary and Luxembourg, have also stopped flight services while the Balkans, Croatia, Macedonia and Albania have followed Bulgaria’s footsteps and suspended flight services until January 31. Romania has banned all flights to and from the UK for two weeks, as has the Czech Republic.

Canada has banned all UK flights for 72 hours, with those who had already arrived from Britain subject to testing and Turkey has suspended flights from Britain, Denmark, the Netherlands and South Africa. Saudi Arabia and Oman have also stated that they are closing their borders entirely for at least a week. Israel too has stated that it is barring entry of foreign citizens travelling from Britain, Denmark and South Africa, while Jordan is banning UK flights for a fortnight, as is Iran. Kuwait has added Britain to a list of “high-risk” nations and banned flights. Adding to the list, Morocco, Algeria and Tunisia have halted flights from the UK.

Wipro to take over IT units of Metro AG; estimated deal value pegged at $700 million