The Federation of Associations in Indian Tourism & Hospitality stated, "lack of immediate direct support in budget has disappointed the Indian travel and tourism industry." 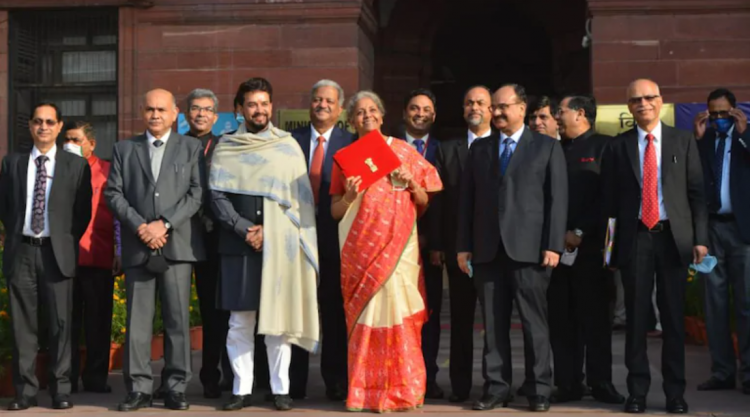 THoD Newsdesk, India: The budget for the Ministry of Tourism has been brought down to ₹2026.77 crores this year, in contrast to the previous allocation of ₹2,500 crores. This has led to a staggering uproar in the industry, which is already suffering financial losses due to the pandemic. Further, for the development of tourism infrastructure, the Centre has allotted ₹1088.03 crores and it is being reported that the budget has laid focus on pushing funds for promotion and publicity to help garner domestic and international footfalls.

Out of the ₹668.72 crores kept aside for promotion and publicity, ₹524.02 crores has been chalked for the overseas market and ₹144.70 crores has been marked for domestic tourists.

Although stakeholders of the industry aren’t too happy about the budgetary allowance, the Union Tourism Minister, Prahlad Patel was quoted saying, “I am thankful to the Prime Minister and Finance Minister for giving us a budget which is pro-tourism. It is a budget which shows confidence in the self and a budget which is self-reliant.” He further added, “For tourism, we primarily have two schemes PRASAD and Swadesh Darshan which have both been continued this year. A new scheme of iconic sites has also been introduced. Infrastructure is significant for tourism and this budget has talked of air connectivity to smaller cities. This will benefit tourism.”

The Federation of Associations in Indian Tourism & Hospitality (FAITH), which is the apex body of the national associations representing the complete tourism, travel and hospitality industry, mentioned, “lack of immediate direct support in budget has disappointed the Indian travel and tourism industry”.

As per the statement of Nakul Anand, Chairman of FAITH, there was a ‘need of corpus of at least ₹ 2,500 crores for global branding budget to enable sub-branding of three tourism segments’- Indian MICE, Indian Adventure, Indian Heritage, under the banner of Incredible India to enhance the global outreach of each of these verticals.

The official statement said, “Not addressing any of these critical measures in the budget announcement has thrown the industry into a state of shock and deep dismay. The tourism, travel and hospitality industry is battling the worst in century crisis from the impact of Covid 19, revival from which will not be seen minimum for the next financial year till vaccination is fully undertaken with no observed side effects in all source and destination markets.”