7th season of Young Chef Olympiad to commence on January 31

The participants will be competing for awards such as ‘Rising Star’, ‘Best Vegetarian Dish’, ‘Best Hygiene and Kitchen Practice’ and so on. 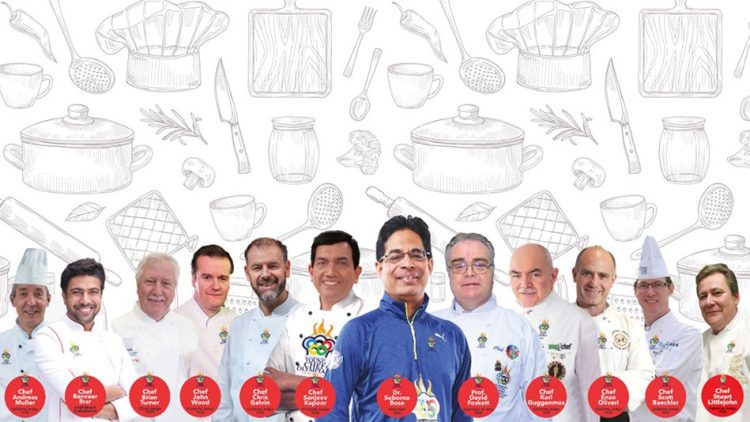 THoD Newsdesk, India: Tagged as the world’s biggest olympiad for culinary students, the 7th season of IIHM’s International Young Chef Olympiad (YCO) is all set to commence once again but virtually this time. The event is set to start from the 31st of January and will go on till the 6th of February. YCO 2021 will witness the participation of student chefs from 50 countries, including Spain, Canada, Switzerland, Italy, Hong Kong, New Zealand, Thailand, South Korea, Turkey, UAE, Sweden, amidst others. IIHM has partnered up with the International Hospitality Council London for this venture and Swetang Ranjan, a student of IIHM Kolkata, will be representing the country during this season.

The five-day-long contest will have three rounds of culinary challenges and the winner will be awarded a cash prize of $10,000. Chef Sanjeev Kapoor will be the principal judge of the virtual olympiad and David Foskett will act as the jury chairman. Due to timezone differences, competing countries will be divided into groups according to their local time’s close proximity. Separate virtual competition rooms will be created for each group of judges, allowing them to interact throughout the full period of the competition and to discuss each competitor while marking them accordingly.

Suborno Bose, Founder of YCO, was quoted saying, “The COVID-19 pandemic and an era of social distancing has not deterred our spirit to take the International Young Chef Olympiad to the next level. With eminent hospitality and culinary institutions from 50 countries coming together virtually to celebrate the diversity of food from across the borders, YCO 2021 is not just the biggest culinary competition for student chefs in the world but also a global platform fostering the spirit of youth, friendship, diversity and inclusiveness.”