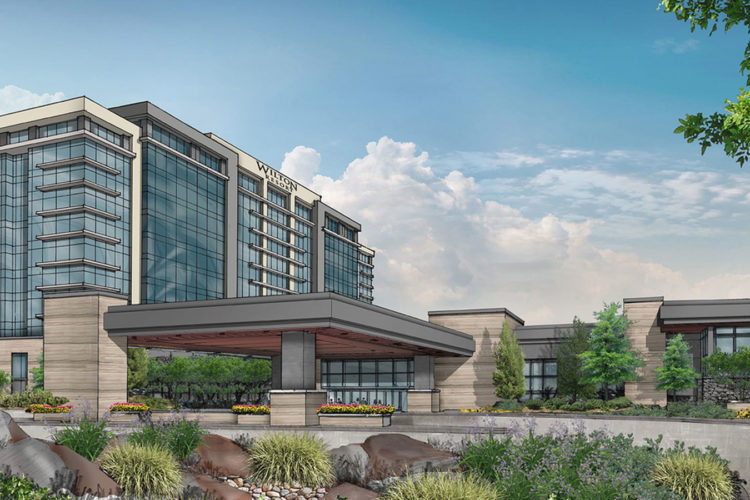 Wilton Rancheria Chairman Raymond “Chuckie” Hitchcock this week told the Citizen that the projected opening of the tribe’s proposed, $500 million casino-resort in Elk Grove has been delayed until late 2021.

If built, the project would become Sacramento County’s first tribal casino-resort. The project site is located on 35.9 acres at Highway 99 and Kammerer Road.

Last January, Hitchcock told the Citizen that the project was slated for a late 2020 completion.

He explained why the project was delayed.

“Last year, 2019, we had to do some redesign on a few areas that set us back, and now we’re getting back on track,” Hitchcock said.

The tribal chair added that the tribe hopes to have its groundbreaking for the project this spring.

“As far as an update on timing, we’re most likely waiting for the spring to hit, so we’re not in the wet season, because we have in-ground infrastructure,” he said. “And it’s an 18-month (construction process). So, if you do the math, that’s late 2021 for opening for the project.”

While the tribe moves forward with its project, the Penryn-based casino watchdog group, Stand Up for California!, is appealing a federal judge’s ruling on the U.S. Department of the Interior’s authority and decision to place the tribe’s land in Elk Grove into federal trust.

Prior to that appeal, last fall, Judge Trevor McFadden ruled that the land acquisition was properly handled. The Department of the Interior took the land into federal trust on Feb. 10, 2017.

Stand Up’s director Cheryl Schmit told the Citizen in October that her group’s appeal “makes clear that this case is not closed.”

“The district court overlooked serious flaws in the (Bureau of Indian Affair’s) public process and hasty environmental analysis, as well as a lack of proper legal authority exercised by an acting official in the waning days of the last administration,” she said.

Hitchcock mentioned that the appeal will not impede the tribe’s progress on its casino-resort.

“The lawsuit has no bearing upon our ability to move forward with our project,” he said. “We’re just moving forward, regardless of the white noise that is the appeal from Stand Up.

“Everything we’ve done has been done correctly. All of the arguments made by Stand Up are baseless and conjecture. We’re a tribe, we’re from this area (and this) territory. We got restored lands properly, we got restored properly (as a tribe, and) the decision that was made to put land into trust was done correctly. They’re just looking for reasons to conflict.”

Despite not expressing concern about the appeal, Hitchcock mentioned that the appeal, combined with previous lawsuits against the tribe’s casino-resort project by the Stand Up group, has had a significant impact on the tribe’s finances.

“It’s just a bigger drain on the tribe’s resources to pay for fighting frivolous litigation, as opposed to providing services to our membership,” he said.

Hitchcock referred to the tribe’s proposed casino as “imminent.”

“The project is imminent,” he said. “It’s going to happen. The light is at the end of the tunnel to get started with this project. The designs are 95% to 99% done. Two areas we’re just working on right now are small stuff. But the next project (is to) start digging in the ground and getting it going.”