The company has provided clean energy and sources of livelihood to the residents and also helped in preserving ecosystems. 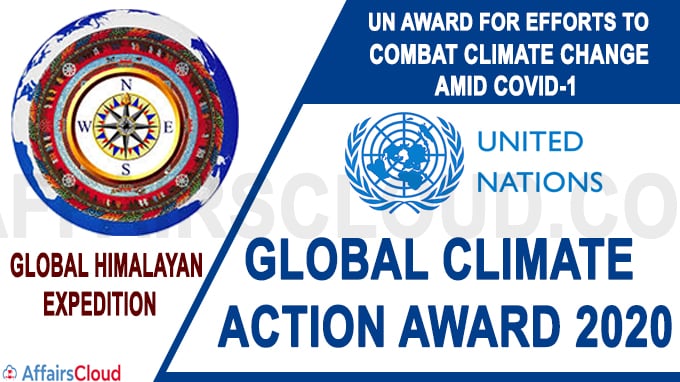 THoD Newsdesk, India: Global Himalayan Expedition (GHE), an Indian organisation which has combined tourism and technology, has introduced solar energy in Indian villages, which has made them win a prestigious UN award. The Global Himalayan Expedition is one among the winners of the 2020 UN Global Climate Action Award. GHE has brought solar electricity to more than 130 Indian villages, which in turn has benefitted approximately 60,000 people.

On Tuesday, the award recipients were announced and the awards given out, highlight the best examples of what has been done across the globe to combat climate change. The United Nations Framework Convention on Climate Change (UNFCCC) website, has stated that GHE is one of the world’s first outfit using tourism and technology to bring solar energy to remote communities as recognised by the World Travel and Tourism Council (WTTC) and the United Nations World Tourism Organisation (UNWTO).

The company has provided clean energy and sources of livelihood to the residents and also helped in preserving ecosystems.  They have also made efforts to empower women in these areas, by training them to become entrepreneurs.

In a statement to the Thomson Reuters Foundation, Jaideep Bansal, GHE’s chief operating officer, stated, “Without access to basic facilities and better income opportunities, the villagers are likely to migrate to towns in search of jobs, accelerating cultural and social erosion in these areas.” He added, “We are able to leverage tourism as a force for the holistic development of remote mountain communities.”

According to Bansal, more than 1,300 travellers have so far paid up to $3,500 each, to join the hikes, with about a quarter of the charge going towards setting up the solar grid. He further mentioned that the tourists work alongside engineers to install the micro-grids and fixtures, including street lights and LED lights, fans and mobile charging points in homes.

GHE is actively involved in Impact Expeditions to remote Himalayan villages and a meagrer portion of the collected fee is utilized to fund the capital cost of the hardware, transportation, installation and training of village-scale solar micro-grids.