The number of Haj pilgrims from West Bengal to be restricted; no application fee to be charged

The state's Haj committee as of now has collected around 1,100 applications since the 10th of November, from people residing in various districts of the state. 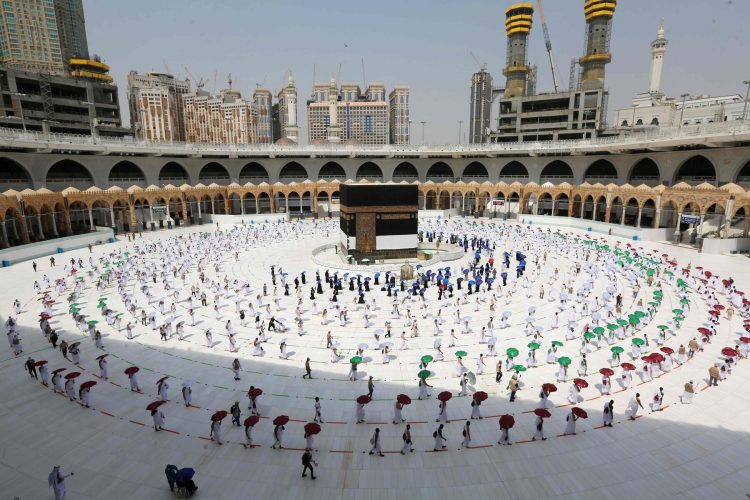 THoD Newsdesk, West Bengal: As per a statement issued on Wednesday by a senior member of the West Bengal State Haj Committee, the number of Haj pilgrims from the state will be cut down to half next year due to the ongoing pandemic. Simultaneously, the expense of the Haj pilgrimage will rise next year, he added.

The state’s Haj committee as of now has collected around 1,100 applications since the 10th of November, from people residing in various districts of the state. These applicants have expressed an interest to go on a Haj pilgrimage in 2021, according to the senior committee member.

He was further quoted saying, “The situation is grim and travelling is quite a challenging thing amid this COVID-19 pandemic. This time we will only be allowed only 3,500 to 4,000 pilgrims to go on Haj in 2021. The cost of individual pilgrims will also be increased owing to the COVID-19 safety protocols.”

“But due to the COVID-19 situation, the Haj Committee of India has decided to allow only one-fourth of the total number who are allowed to take the Haj pilgrimage,” he added.

The member even mentioned that there will be no limitations on accepting the number of applications for the pilgrimage but the final call will be made by the state committee, only after a proper health screening. Any individual with any serious medical condition, will not be allowed to travel this season.

Additionally, for the first time ever, the Haj committee will opt for the lottery system to select the pilgrims for the trip, after checking the applications. This year, there will also be no application fee but if selected, the person would need to pay 1.5 lakh in advance and their documents like passport and aadhaar card would have to be submitted to initiate the process of their travel. The forms will be accepted till December 10 and the lottery will be conducted in January 2021. As per reports, next year’s haj will probably take place in mid-July.