the United and Emirates will be announcing a codeshare agreement. For those who don't understand what this means let us explain. 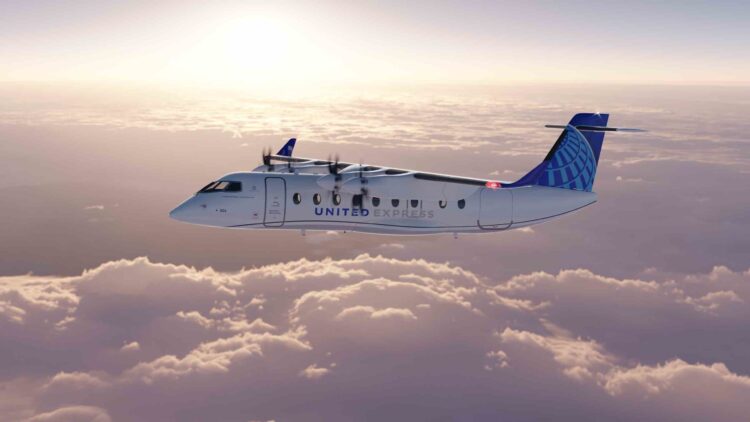 United Airlines and Emirates will be announcing a codeshare agreement. these two commercial aviation giants have quite a sturdy in the market and customers are excited to see how this will affect them. but why is this such major news?

Recently the aviation industry was under a bit of flak due to its heavy carbon emissions in the year 2022 alone which put it on the hot list of “what must be regulated to save the environment ” by climate advocates.

But something else is also happening in the aviation industry which must require your attention.

Sources have confirmed that the United and Emirates will be announcing a codeshare agreement. For those who don’t understand what this means let us explain.

A codeshare agreement is merely a business agreement between two or more companies in the aviation industry. In this agreement, the airline company publishes and markets the same flight under their own airline designator and flight number (the “airline flight code”) as part of their published timetable or schedule.

If A jet airways have a scheduled flight on 10th September from Chicago to London, under its specific code like AA101( 101 being specific code). Then B jet airways would also market seats in the same flight but under its name as BB203. Hope this clears up the confusion.

And one such new alliance is to be formed between United airlines and the Emirates. This agreement is yet to be announced in the coming weeks.

Reporters in Washington received an invitation from United airlines for a special event. This event was officially called ” come fly with us” and guess who was present at this event, Chief Executive Officer of United Airlines, Scott Kirby and Emirates President, Tim Clark.

The Air Current reported the expected announcement earlier.  However, United airlines have made no further comment for us to decipher. But an Emirates spokesman clarified that the airline would make a joint statement on the 14th of September in Washington.

This is remarkable news as it’s a huge collaboration between a U.S carrier and the largest Middle Eastern carrier. But this collaboration has its history. In 2017 when Emirates continued to expand its services with Athens and Newark,  United airlines then CEO, Oscar Munoz had strong opposition to the subsidies the Middle Eastern airlines received from their own country,  Emirates. This statement was due to growing tensions between airline carriers from both countries especially the United States of America. And following month United airlines terminated its interline agreement with five Middle eastern carriers including Emirates.

This is not the only step taken by United airlines in making new alliances. United’s reported move follows a deepening of ties between American Airlines and its Middle Eastern partner, Qatar Airways.

But what does this move mean for customers? Well, it means that flights from both carriers can be booked on other carriers’ sites.  This also means availing of rewards.  Those regular customers of United airlines who have large stashes of United Mileage Plus( award points) could possibly use that to book Emirates first-class tickets.  But there is a possibility that Emirates might seize this opportunity.

And how this decision would affect the business for both airlines,  well rather lavishly. incredibly lucrative for U.S. carriers, and fifth-freedom flights allow Middle Eastern carriers to offer a superior passenger experience at a competitive price. This means that the agreement would help United airlines better compete for customers flying to the gulf region.  But for Emirates, using agreements with United to expand its customer base would be not new, since it already has a code-sharing agreement with JetBlue.

But this is not the only agreement both airlines have recently agreed upon. In  June itself, American Airlines and Qatar Airways made a statement about how they are planning to expand their alliance which was announced in early 2020, with a new codeshare agreement, expanding the said agreement to now providing services to additional 16 countries in the region. American airlines further stated that this alliance would establish American airlines as the only U.S carrier in the aviation industry to provide services in the Gulf region, seamlessly connecting through  Doha with Qatar Airways.

10 Best Adventure Vacations Ideas in The US