By visiting Sri Lanka you are helping the country: Hiran Cooray in 2022

The tourism sector which had grown to be a 12% contributor to the Sri Lanka's economy has taken a hit in 2022 and experts are hoping for it's revival. 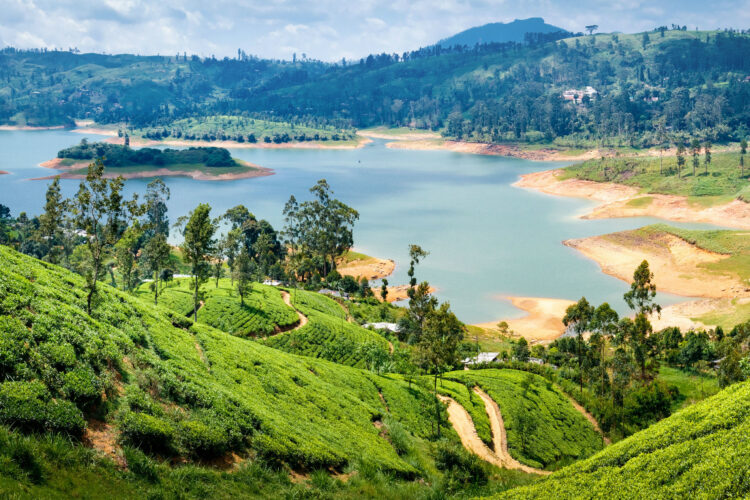 If you don’t live under a rock, you might be aware of the crippling economic and political crisis of Sri Lanka and how the country’s economy is on its knees. And whenever we discuss the Sri Lanka economy we have to talk about the tourism sector.  The tourism sector had grown over 2 decades to be a 12% contributor to the Sri Lanka economy and the third biggest Foreign Exchange source. But the tourism sector has taken a hit and merely contributed $900 million so far which is very contrasting to the $4 to $5 billion which were generated as revenue in 2018.

But now the hospitality sector is starting to get back on its feet and has become one of the major sources of currency in the Sri Lanka economy as of 2022. Here is what Hiran Cooray who is chairman of  The Light House PLC, Jetwing Symphony PLC and said in an interview with ET Hospitality World regarding the scenario of the hospitality sector of Sri Lanka.

The hospitality sector, and its major components, tourism and travel, function on reputation and this reputation was badly affected by the images of crisis and shortages of cooking gas and fuel that were repeatedly telecasted on television, the internet and around the world which resulted in a loss to any business on the island.

The shortage of fuel is being dealt with with the use of QR codes. Everyone is allotted their share of fuel and with a QR code scan, they can withdraw their quota of fuel. According to Cooray, “As a tourist, you have absolutely no problem either to use transport from a company like or a private operator, as long as they are registered with the tourist board.” this comes with the initiative taken by the government to promote tourism and making sure guests don’t have to face any struggle. This has assured that tourists would not have to face any situation where they are left stranded without necessary fuel and food.

“Imported food is not available, so you won’t get Argentinian steaks or Scottish salmon, but there is plenty of Sri Lanka seafood on the table,” he stressed. This comes with the decision to ban imports which are non-essential. Under the Import and Export Control Act of Sri Lanka, to cut losses, and lower the financial burden,  around 300 consumer products are banned. These include chocolates,  coconuts, condensed milk and other food items.

“All the hotels are operational, restaurants operational, parties are happening, weddings are happening, all the normal things are going on. Of course, India has been the biggest supporter. There is interest and inquiries are coming in from Indian markets that we promote in India—we are expecting the recovery to be solely driven by India because there is great connectivity with Sri Lanka and Indian Airlines operating into Colombo which means you can decide to come today and be here tomorrow! Whereas somebody from Europe cannot decide on the spur of the moment, since they have to travel a long way,” Cooray added.

“By coming here as visitors, you’re helping the country. You’re bringing in either Indian rupees—which are now acceptable—or US Dollars. Two-and-a-half million people depend directly and indirectly on tourism. So by coming here, you’re helping us a lot,” he said as the interview continued.

Cooray also added that what has been another tremendously helpful contribution was from West. To make things cost-effective, the western countries which are a good source market for tourists have removed their travel advisors for Sri Lanka which is fantastic according to Mr Hitan and now they can focus on promotional work even though it’s online. but it would be helpful as the target is to attract more people to visit Sri Lanka.

“In August, we had about 40,000 foreign tourists visiting Sri Lanka and I would think in September this number might go up to maybe 50-60,000,” he said, while also admitting that this number is very short of 150-200,000 on that island welcomed in the year 2018. He though hopes that the hospitality sector is revived to its glorious state of 2018 by end of December 2022.

“There are a lot of commonalities we can find with India, and we think the next year will be mostly dedicated to India. Till now (this year), we have had 75,000 Indian tourists coming to Sri Lanka, followed by the United Kingdom (65,000). The first two-three months were good, and then we had a very dull period between April-June (due to political turmoil),” Fernando added.

“Sri Lanka, some would say, is a sort of India, we are a part of India…We are the pearl of the Indian Ocean, the value of Sri Lanka would be for Indians and we need to work that out with Indians,”. Fernando further stated “Indians will have a better value for money while touring Sri Lanka rather than Indian destinations at this moment. Sri Lanka has a lot more to offer,”

5 Corporate retreat ideas that will inspire your team

United Airlines Plans to Halt J.F.K. Service Unless It Gets More Slots