5 places every wildlife enthusiast should visit:

Being a tropical country, India has a very rich and diverse wildlife within its boundaries. 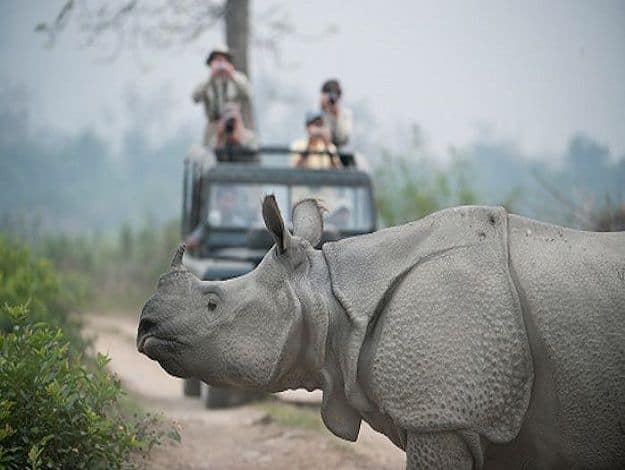 From the mountain ranges in the north to the coastal areas of the south, India is home to a number of wildlife sanctuaries and conservation parks that draw the attention of nature lovers from around the world.

Jim Corbett National park is one of the oldest national parks of the country set in the foothills of the Himalayas in the district of Nainital in Uttrakhand. It home to the endangered Bengal Tiger along with more than 650 species of rare and migratory birds. It is famous for its wildlife safaris which are organized in two shifts by the forest officials. It has a lot of riverside resorts. The national park remains closed during the Monsoon season from July to October.

Situated amidst the foothills of Aravalli Range, Ranthambore National Park is spread across 392 sq. km and is one of the biggest tiger reserves of India.

The chances of spotting a Bengal tiger here are more than anywhere else. Ancient religious ruins found within the forest, surrounded by the rich biodiversity and aesthetically crumbling cenotaphs make Ranthambore Tiger Reserve a favorite spot for photographers, wildlife enthusiasts, and travelers. The best time to visit would be from April to October as tigers could be spotted easily.

Located in Talala Gir in Gujarat, Gir National Park is the only place where you can find the magnificent Asiatic Lions. The national park is a part of Kathiawar- Gir dry deciduous forests ecoregion.

The official records stated that there were 674 lions in the sanctuary with roughly 2375 different species of fauna, 38 species of mammals, over 300 species of birds, 37 species of reptiles, and over 2000 species of insects. The national park is closed from 16 June to 15 October every year.

Located 22 km away from the heart of Bangalore, the Bannerghatta National Park is a large area of protected flora and fauna that spreads about 105 sq. km. the park has a number of establishments in its boundaries that include the country’s first butterfly park as well.

Other attractions here are ten Reserve Forests of Anekal Range of the Bangalore Forest Division, Children’s park, Crocodile Farm, an aquarium, a zoo, Snake Park, and an animal park of the prehistoric era.

Located in the Northeastern state of Assam, Kaziranga National Park is home to the largest population of one-horned rhinoceros on the planet. Situated on the floodplains of the river Brahmaputra, it is covered with rich green fields.

The park also has Asiatic elephants, wild water buffalo, leopards, and Royal Bengal Tigers. It has a wide diversity in flora as well as it receives a lot of rainfall throughout the year. Kaziranga was awarded the status of a UNESCO World Heritage site in 1985.

6 reasons why Train Travel is best than aviation

5 reasons why you ought to travel more