What fun would life would be if we are not able to have a nice wild exotic trip from time to time and what would be more exotic than Latin America. 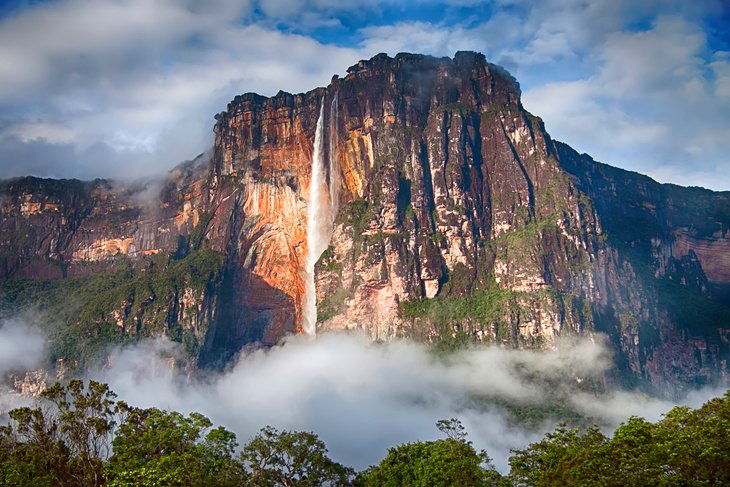 So today we bring you 7 fascinating facts about a country that’s full of controversy and hidden wonders, Venezuela. The country, situated on the northern coast of South America, was colonized by Spain in 1522 and fully gained independence in 1830.

So here are some things about the country that you didn’t know.

Venezuela was the first country in the world to abolish capital punishment for any type of crime. The abolition came into force through the 1863 constitution.

According to article 43 of the present constitution of Venezuela, the death penalty cannot exist. The following article also establishes that the most severe punishment for any crime could only be 30 years in jail.

But this is not a relevant indicator to tell you how seriously Venezuela takes human rights into account.

2. Largest oil reserves in the world

With a total of 297 billion barrels of crude oil as of January 2014, the oil reserves of Venezuela surpass those of Saudi Arabia which were leading by that time.

But due to certain reasons like the political instability of the country resulting in massive strikes and the amount of work it takes to process the Venezuelan crude oil, the country produces only one-fourth of what Saudi produces.

Still, Venezuela continues to be one of the biggest exporters of oil to the US supplying over 1.4 million barrels every day.

3. Venezuela’s name was inspired by Venice

According to folklore, Alonso de Ojeda led an expedition in 1499 to the Venezuelan coast. The stilt houses in the area of Lake Maracaibo reminded the Italian navigator, Amerigo Vespucci, of the city of Venice, Italy, so he named the region Veneziola, or “Little Venice”.

The name changed to Venezuela when the Spanish people colonized the land. But according to Martín Fernández de Enciso, a member of the same crew said in his work that the people of the crew found some indigenous people who called themselves ‘Veneciuela’. Thus the name Venezuela came from.

If you wonder how chaotic a system that is full of corruption can get, think that prison in Venezuela was the place where the inmates opened a nightclub.

The club has strippers, alcohol, drugs, their own lights and sound, and whatnot. The prisoners even invited their families and friends to the opening of this nightclub located in Margarita Island.

This is what can happen when you use bribery and intimidation for your own luxury. Criminals are the ones who exercise control over the authority.

Alicia Machado was only 19 years old when she won the 1996 Miss Universe pageant for Venezuela. But Donald Trump managed to pull her down even in these pride moments of her.

As she put on some weight after winning the crown, Trump shamed her about it by calling her names like Miss Piggy and The eating machine.

20 years later Machado acquired US citizenship just to vote against the man and show her resilience. In the most-streamed debate between Trump and Clinton, she brought these remarks Trump made about Machado.

6. From Cuba to Venezuela

Venezuela is importing expertise from abroad, particularly from Cuba. Venezuela developed a system that consists providing Cuba with 53,000 barrels of oil every day at a below-market rate price in exchange for the services of thousands of physicians, teachers, sports trainers, and other skilled professionals.

But hundreds of medical personnel from Cuba end up working in the US escaping from Venezuela as they cannot express complaints once sent to Venezuela and even got blackmailed by Cuba.

7. Home of the tallest waterfall

The Angel Falls in Venezuela is the tallest waterfall in the world. With a height of 979m and a plunge of 807m, Angel Falls is the highest uninterrupted waterfall on the planet.

The waterfall drops over the edge of the Auyán-tepui Mountain in the Canaima National Park, a UNESCO World Heritage site in the Gran Sabana region of Bolívar State.

The falls are named after Jimmie Angel, a US aviator who first flew over the waterfall. Angel’s ashes were scattered over the falls post his death in 1960.

Also Read:  5 most visited monuments of the world

Tags: Club in a prisonFrom Cuba to VenezuelaHome of the tallest waterfallLargest oil reserves in the worldMiss Universe fat-shamed by Donald TrumpNo capital punishmentVenezuelaVenezuela’s name was inspired by Venice
ShareTweetShare

6 countries you must visit at least once in Asia