An apartment in New York costs more than 240 million dollars, and your lunch may actually exceed the amount you pay for a Macbook. Here are the 15 facts about the Big Apple that you will not believe until you read them! Who doesn’t want to visit New York once?  We did some research on the city for you guys and listed 14 amazing facts about NYC!

The sixty-six-storey building containing 116 apartments is located in Central Park, one of the most famous places in NYC. The building’s total worth is $3.17 billion, and the particular apartment is priced at $250 million.

It is a four-story apartment comprising 17 bedrooms and 16 bathrooms with 5 balconies and a terrace that faces Central Park. What a magical place to live in!

2. Masa– Dinner for two will cost more than a Macbook.

Located in the Time Warner Centre, Masa is effortlessly the most expensive restaurant not just in New York City, but in the whole of America.

Established by a Japanese chef, Masa charges $450 per person, which works out to $1,169 for two after tax and tip.

The price may seem a lot– but here is another cool fact, Masa Takayama hasn’t increased the price since 2008!

3. The Empire State Building has its own zip code.

The Empire State Building is so large that it is literally a city within a city having its own zip code. It is 10118– and houses more than a thousand businesses.

It is not the only building in NYC to acquire its own code– Willis Tower, White House, and Dodger Stadium also have their own zip codes!

4. There is a hidden train station beneath one of the hotels!

There are secrets in every corner of this city–there is actually a hidden train platform underneath the Waldorf Astoria Hotel.

It was built in the 1930s and then-President Franklin Roosevelt used it to keep his polio diagnosis private.

The President did not want the world to know about his health issue, so he literally built a whole station to commute to Washington.

5. Honking is illegal in the city.

Even if you have never been to New York, you must have heard a lot of car horns in the movies– but here is another fact Honking is actually illegal in New York City.

6. New York is the most linguistically diverse city worldwide.

800 languages! It is really hard to believe until you read these facts.

7. And it is a religiously diverse city as well!

8. 37% of the population living in New York is actually non-Americans.

One of the most densely populated cities globally has 37 percent of its population from outside America. This is the reason why the ‘Big Apple’ is linguistically and culturally diverse!

9. Drinking water in the city may contain crustaceans.

The tiny shrimps called copepods are harmless, but the reason for their presence is the unfiltered water. However, they are microscopic creatures, so you will not notice them until you do not know about them!

If you ever visit NYC, it is safer to carry your own water bottle or filter the water before drinking it.

11. The Statue of Liberty was actually a gift from the French.

Did you guys think that one of the most popular statues was built in America? Guess again! It was gifted by the people of France in 1886. 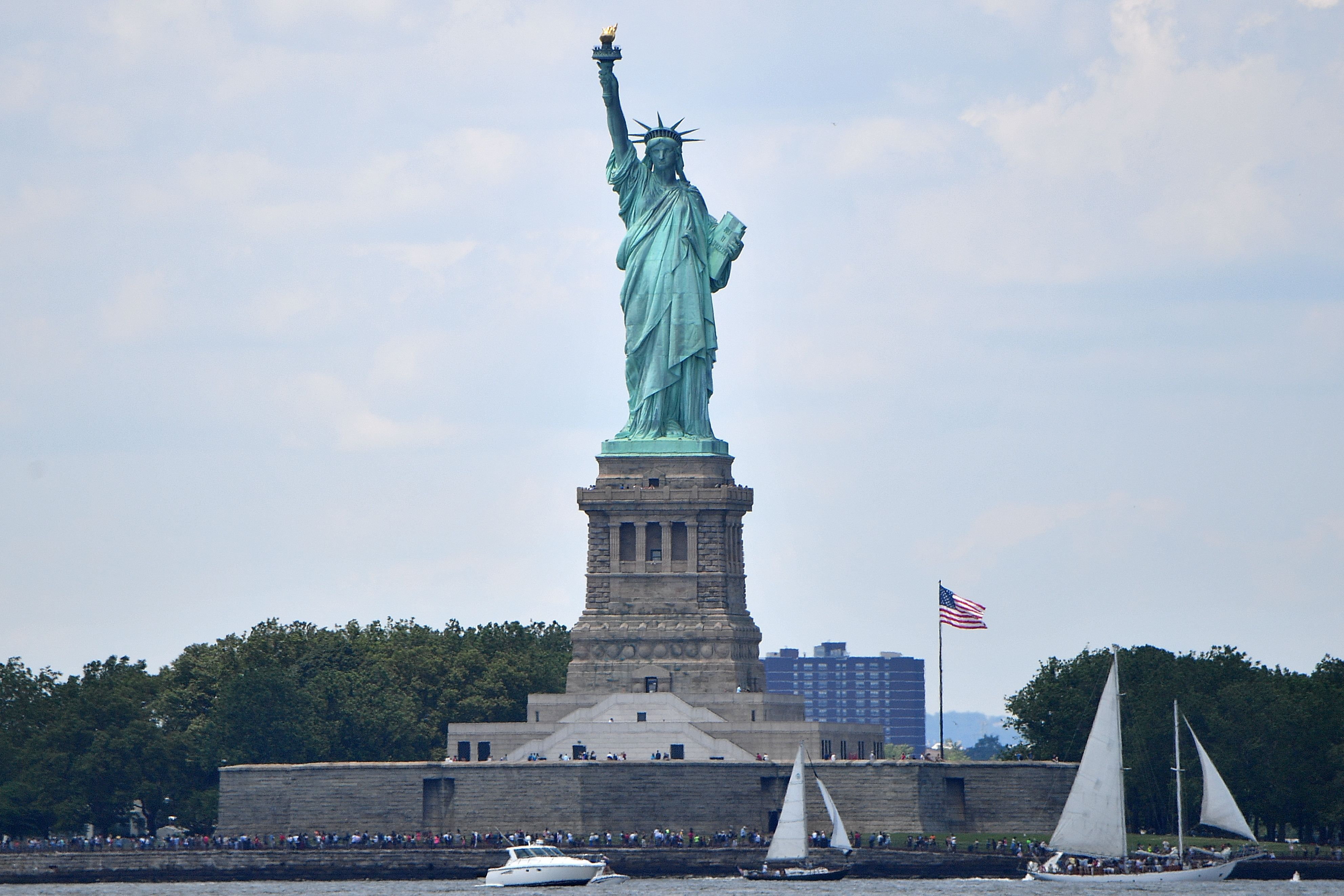 12. Somewhere in the city, Einstein’s eyeballs are kept in a safe box.

Another hard to imagine fact, but New Yorkers have secretly kept Albert Einstein’s eyeballs in a safe box.

No one knows where it is kept now, but it will certainly be up for auction once someone finds it!

13. New York gets 15 times more snowfall than the South Pole.

Coming to the weather, New York has a cold surprise for us! The snowfall is 15 times more than in the South Pole.

And when it comes to lightning, the Empire State Building is struck by it twenty-three times every year!

14. New York is also the largest gold storage in the entire world.

It has gold exceeding more than $90 billion and is located 80 feet below ground level.

5 Amazing Places In India For A Budget Travel