If you are wondering where you can find a picturesque location, a location that looks like it has come straight out of a Bollywood movie, we have just the right information for you. 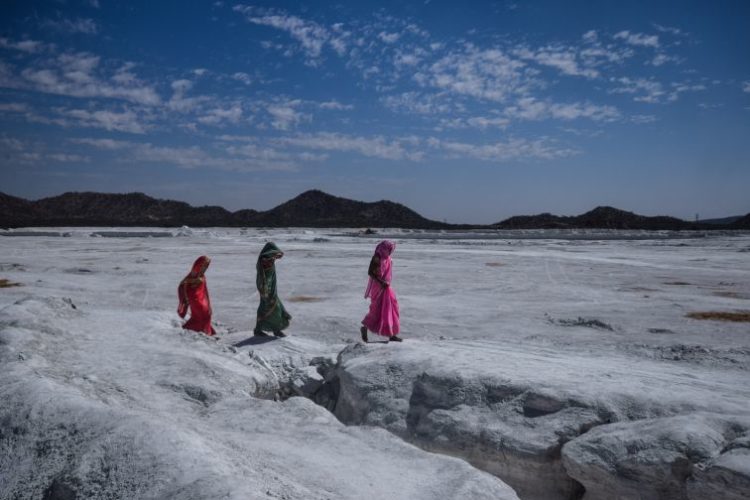 The small town of Kishangarh which is located in between Ajmer-Jaipur highway is just half an hour away from Jaipur and around six hours away from the national capital. When you will first see the picture of the wastelands of Kishangarh, you might misinterpret the location for the famous Bolivian Salt Flats. The wide flat looks so scenic that it looks nothing less than snow-clad Gulmarg.

The city has got its name from the prince of Jodhpur, Kishan Singh, who is credited for founding the state in 1602. Madanganj-Kishangarh is also popular among the people for its rich culturally known art world that has a characteristic style of miniature art as seen in the famous Bani Thani painting by Nihal Chand.

Over the last many centuries, a lot of businesses bloomed in this small town of Rajasthan. But recently, the popularity of the town rose exponentially amongst the building community of the country as the town has the largest marble reserves in the entire country. In fact, Kishangarh tops the list of highest production and supplier of marbles in India and has also been called as the ‘marble city of India’. Not just only in India, Kishangarh has become the largest marble market for the entire continent of Asia.

But in the recent few years, Kishangarh has been in the news for an entirely different reason. Due to the increased cutting of marbles in the industries within the town, the local people started having problems with all the waste that was accumulated in Kishangarh. As a result, the local marble association along with several other governing bodies came together in 2005 and devised a plan. They developed an area for disposing of the marble slurry properly. So what a lot of people have been misinterpreting as snow is actually marble slurry.

The slurry is basically the calcium carbonate waste generated from the processing of marbles and then it is added with some other chemicals like dolomite, sulphates, and gypsum. The material gets deposited on the lands as a fine sheet and these chemicals destroy the sol cover beneath which in turn stops the vegetation from growing. Over the years, the dumping has increased and all the area has now been cleared of any type of vegetation.

However, nothing good comes without a price. The particles of the dust that is dumped here are so minute that they can be easily inhaled by people and can cause breathing difficulties. So people with respiratory conditions are advised to take special precautions. But any of this has not been able to stop the rush from visiting this Rajasthani-Kashmir.

As the years have passed, this place has been turned into a white plateau that became perfect for photo shooting and video recording. There is a lake inside the dumping yard which contains rainwater. The beautiful shade of the water is because of the chemical reaction.

The entry to the wastelands is open from 10 in the morning to 5 pm. All the people who want to visit the place must take official permission from the Marble Association Office by paying an amount of 50 INR which is refundable. You can take a private cab from the Kishangarh bus stand to the dumping yard and that would cost you around 500-600 INR. However, you can also opt for some cheaper means like the bus which would cost you less than a hundred rupees.

You vehicles like cars and motorbikes can go all the way to the top of the hill. The morning hours are typically the best or else around sunset during the winter months. The monsoon season leaves behind small puddles of blue which are equally pretty to photograph. The sunset at the dumping yard is an absolute dream no camera can ever capture.

Also Read: 7 Best Lakes In The United States To Visit

5 Countries With The Most Number Of World Heritage Sites