Thanks to low-cost airlines, air travel has now become quite affordable.

by AdminTHDM
in Aviation, Travel & Tourism
0 0
0 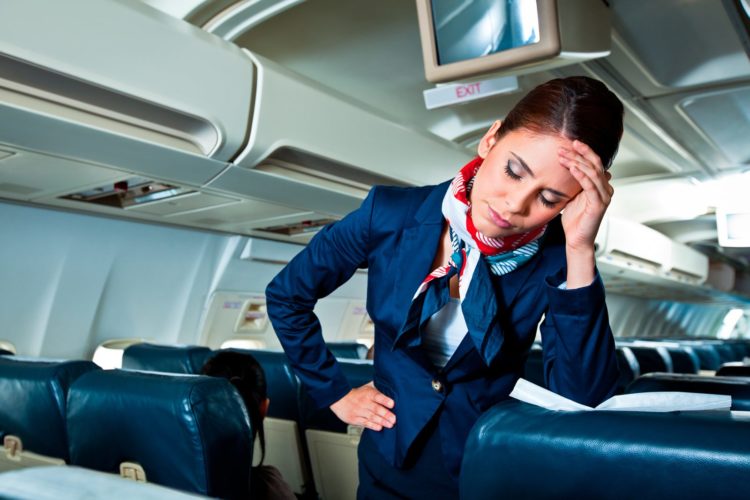 But like everyplace else, there are some etiquettes that you should follow while you are on a plane, especially for the flight attendants. It could be really hard for them sometimes to look after every passenger’s needs during the entire time.

1. Stop poking to get attention

Poking anybody is definitely not right on an airplane. You won’t grab the waiter who is serving you at a restaurant so why is it an exception on the airplane.

Instead, you should use your call button or your voice or even raise your hand if you need something, but avoid touching the attendants.

2. Don’t take your shoes off

Passengers should definitely avoid taking their shoes off mid-flight and then walking around the airplane barefoot.

Sometimes people even go to the lavatory without shoes. Firstly it is gross and secondly, the person sitting next to you will probably don’t like it.

3. Don’t use the call bell for handling trash

In all of the airlines, the attendants walk through the cabin after drinks or meals to collect trash. This is also done regularly in-between as well. But you don’t have to use the call bell to hand your trash to the attendants.

They don’t have a trash bag and gloves on all the time. Instead, use your motion sickness bag and handle the sealed packet to them before landing.

4. Ignoring at the boarding door:

Boarding usually sets the tone for the whole flight so it would be nice if you could greet the attendants with a smile.

This could definitely be beneficial to you as the attendants would make sure you have a little more attention than the rest of the passengers.

5. Don’t use the services as soon as the plane levels off

This is something that almost every flight attendant has experienced. As soon as the seatbelt sign turns off when the airplane levels off, there will be a long queue for the lavatory.

Level off is the time when the drink cart is out in the aisle but the long line of people makes it hard to start.

6. Not watching your children can be chaotic

Flight attendants are not babysitters. So even if it’s their duty that we have an uninterrupted flight experience, they are not compelled to look after kids.

Passengers often just doze off and leave their children unattended which creates problems for other passengers as well.

The attendants are not there to be face mask police for you. But it is their job to enforce the mask policy on the airplane as the Aviation Administration requires it during air travel.

It is something that can’t be negotiated. Failure to comply could also mean that you might not be able to fly with the airlines again.

7 Beautiful Train Routes That You Must Travel