Karnataka, the fourth most populated state of India has a bouquet of attractions for you to explore. 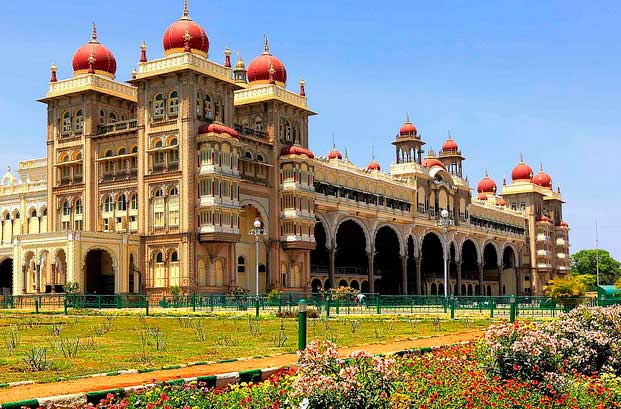 Karnataka, the fourth most populated state of India has a bouquet of attractions for you to explore. From Belgaum in the north to the state’s capital Bangalore in the south, the place has beautiful mesmerizing landscapes and a rich cultural heritage too.

From the majestic hills of the Western Ghats to the serene coastal beaches, Karnataka has something to offer for every type of traveler. That is why this place becomes a must-visit on every traveler’s list.

Here are our picks of the top 5 places in Karnataka that you can’t afford to miss.

Nestled between the majestic mountains of Karnataka, the hill station of Coorg is amongst the best places to visit. The place is particularly famous for its coffee plantations, lush green hills, and streams cutting right through them.

Officially known as Kodagu, Coorg is quite famous amongst couples and honeymooners. The Kodavas, a local tribe specializing in martial arts, are known to offer great hospitality to visitors.

On a visit to Coorg, you can explore some nearby beautiful towns like Virajpet, Kushalnagar, Gonikoppal, and Somwarpet as well.

Famously called ‘the city of palaces, the city of Mysore, now called Mysuru, has been one of the most important ancient cities in India.

The city was one of the three biggest princely states of British India and the town of Mysore served as its capital for nearly six centuries, to rulers like Tipu Sultan.

Given its rich history, the place boasts dazzling royal heritage and intricate architecture. The Mysore Palace is the grandest palace of India and a UNESCO World Heritage site as well.

Chikmagalur is situated in the foothills of the Mullayanagiri Range with an altitude of 3,400 feet and is popularly called ‘the coffee land of Karnataka’.

Chikmagalur is famous for its serene environment, lush green forests, and tall mountains. The coffee aroma is filled in its ambiance and would give you an exotic feel.

The pleasant climate of Chikmagalur is suitable for traveling all around the year with September to March being the best months. Don’t forget to enjoy trekking here.

The city of ruins, Hampi is situated along the shores of the Tungabhadra River in northern Karnataka. The city is a UNESCO World Heritage site that is extremely significant in terms of history and culture.

The city was the second-largest in the world during the 1500s and served as the capital of the Vijayanagar Empire.

Surrounded by 500 ancient monuments, beautiful temples, bustling street markets, bastions, treasury buildings, and captivating remains of the Vijayanagar Empire, Hampi is a paradise for a traveler who has an avid interest in India’s history and heritage.

The third-largest city of India, Bangalore has been in a transitional phase for the last few years. From being the ‘garden city’ to the ‘silicon valley of India’, Bangalore has seen the world-changing.

Bangalore is loved for its pleasant weather, beautiful parks, and the many lakes here. The street food culture of the city is unmatchable.

There are a huge number of beautifully decorated parks in the city that are ideal for going on a morning stroll or a jog like Cubbon Park or Lalbagh.

The exponential growth has changed a few things in the city, but most of the outskirts of the city are still unadulterated.