15 Things You Didn’t Know About The Maldives

The Maldives isn't simply another island nation in the Indian Ocean. Its 26 atolls are full of fascinating facts and history, as well as nature and culture. Let's have a look at some of its least known facts. 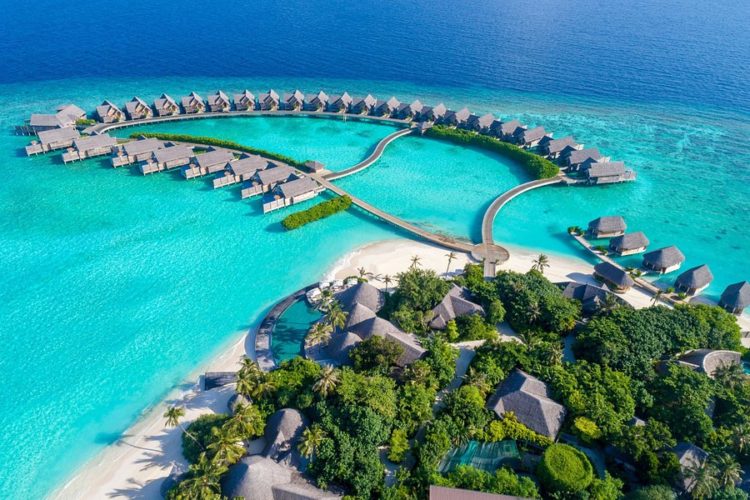 The Maldives is unquestionably stunning as a dream vacation destination. The usual is stilted, over-water huts, the waterways are impossibly pure, the weather is perfect…basically, it’s one of the closest things to paradise on the planet.

But there’s more to uncover than its dreamy nice looks. There’s a fascinating history and a vibrant culture to be discovered.

So, if you want to delve deeper and discover more about these Indian Ocean islands, here are fifteen fascinating facts about the Maldives you probably didn’t know.

The Maldives has a population of around 400,000 people, which is about the same as Cardiff. However, out of the archipelago’s about 1,200 islands, only about 200 are inhabited.

Due to a prohibition enacted in 1984, visiting the inhabited islands was practically impossible until 2009.

However, now visitors can view the cultural side of the islands, in addition to the resorts and stilted luxury cabins, as this restriction has been repealed

The lifting of the restriction has aided locals in capitalizing on the Maldives’ burgeoning tourism economy, and the inhabited islands now boast a plethora of guesthouses, restaurants, and Maldivian-owned diving and excursion firms.

2. You can swim with the biggest fish in the sea

The Maldives is home to a wide variety of marine life, but the whale shark, the world’s largest fish, has to be the most impressive.

These colossal sea monsters can grow up to 20 feet long. Despite their size, they pose no threat to humans and eat plankton for a healthy diet.

South Ari Atoll, particularly along the southern section of Sun Island’s reef, is the finest area in the Maldives for year-round whale shark sightings.

3. It’s the lowest nation in the world

The archipelago is protected from monsoon season swells by natural coral reefs, which act as a barrier.

Given the low altitude, it’s easy to see why Nasheed convened his cabinet at the bottom of the sea for their now-famous meeting!

4. The islands have been inhabited for over 3,000 years

Although there are few records of pre-Islamic history on the Maldives, archaeological evidence suggests the islands were inhabited as early as 1500 BCE.

Before the Maldives converted to Islam in 1153 CE, Buddhists are said to have come across from Sri Lanka – possibly for a holiday, though this cannot be proved – and settled there.

For years, Arab traders have used the islands as a stopover on their way to Asia. They must have thought that it was a good spot to call home. Who can blame them, after all?

5. The first kingdom in the Maldives was established by an exiled prince

People from India were the first to inhabit the island, although Sro Soorudasaruna Adeettiya is said to have founded the first empire.

The king of Kalinga’s humiliated son was exiled to Dheeva Maari, which was the island’s name at the time.

6. Alcohol is prohibited except in hotels and resorts

The Maldives, as an Islamic country, has tight restrictions on the importation and use of things like alcohol and pork.

It is permissible to consume the beer and wine served at the resort or hotel bars, but it is completely prohibited elsewhere.

Weekends in the Maldives are Friday and Saturday, with the workweek commencing on Sunday, rather than Saturday and Sunday.

Fridays are designated rest days; therefore, public transit and other government-run services are usually discontinued until the following day.

8. Its national tree is the coconut tree

Coconut trees, seen on the Maldivian flag, provide the only natural shade on the islands. Dhonis, multi-purpose sailboats with a motor or sails that mimic classic Arab sailing vessels, are made from their wood.

The Maldives flag’s green represents peace and the coconut tree, according to legend.

9. It’s only been a holiday destination for 40 years

Although the Maldives has been inhabited for thousands of years, their reputation as a tourist destination is relatively new.

In fact, the first resorts did not appear until the 1970s. Before it, it was mostly a place known only to adventurous divers and surfers.

Aside from the islands’ evident natural beauty, its climb from obscurity to “can you show me where it is on a map?”

Former President Maumoon Abdul Gayoom assisted the transformation of the destination to a bucket-list paradise by promoting tourism during his first time in office as a bid to diversify the economy.

10. The beaches are incredibly rare

Maldivian beaches are known for their breathtaking beauty since they are so white and pristine. One of the main reasons tourists go to the Maldives is because of the high quality of the island beaches — pictures from paradise tend to elicit a lot of jealousy.

But, aside from their beauty, there’s another reason why these beaches are so unique: they’re built of coral.

Unlike most beaches, which are formed of quartz, a coral beach is made of sun-bleached algae that have been dried.

Coralline beaches are uncommon, accounting for only around 5% of all beaches on the planet. There aren’t many places on the earth where you can discover lengths of sand like this.

11. There was a time when money would wash up on the beach

It’s not money as we know it, but it’s a currency nonetheless. Shells were employed as a form of international trading currency in the 1800s, and the Maldives were awash in them. Mind you; this isn’t just any ordinary shell. It has to be a certain kind of cowry shell.

These shells were light, unique, and impossible to fabricate, making them ideal for making money.

They were widely available in the Maldives, where they were native to the Indian Ocean, and an entire shell-money economy sprouted up around the islands.

The cowry shell is now the Maldives Monetary Authority’s symbol. Unfortunately, cowry is nearly useless today, and if you try to buy anything with them during your vacation, the only thing you’ll receive in return is a funny look.

12. The literacy rate is extremely high

As of January 2018, the Maldives had a literacy rate of just over 99 percent, according to the CIA factbook.

13. The first underwater cabinet meeting was held in the Maldives

President Mohammed Nasheed and 13 other government officials donning SCUBA gear dived 20 feet below the surface in 2009 to sign a statement urging other countries to reduce carbon dioxide emissions.

This was done to show how, being the world’s lowest and flattest nation, the Maldives would be severely impacted by increasing sea levels.

14. It is Mostly Cloudy in the Maldives

The Maldives’ weather is influenced by two monsoon seasons: the northeastern winter monsoon (November to March) and the rainy southwestern summer monsoon season (June to August).

What’s more, guess what? It’s usually raining in the Maldives; I suppose that’s what comes with being so near to the equator.

15. Turtle in the Maldives

When it comes to biological diversity, the Maldives is a remarkably diversified country.